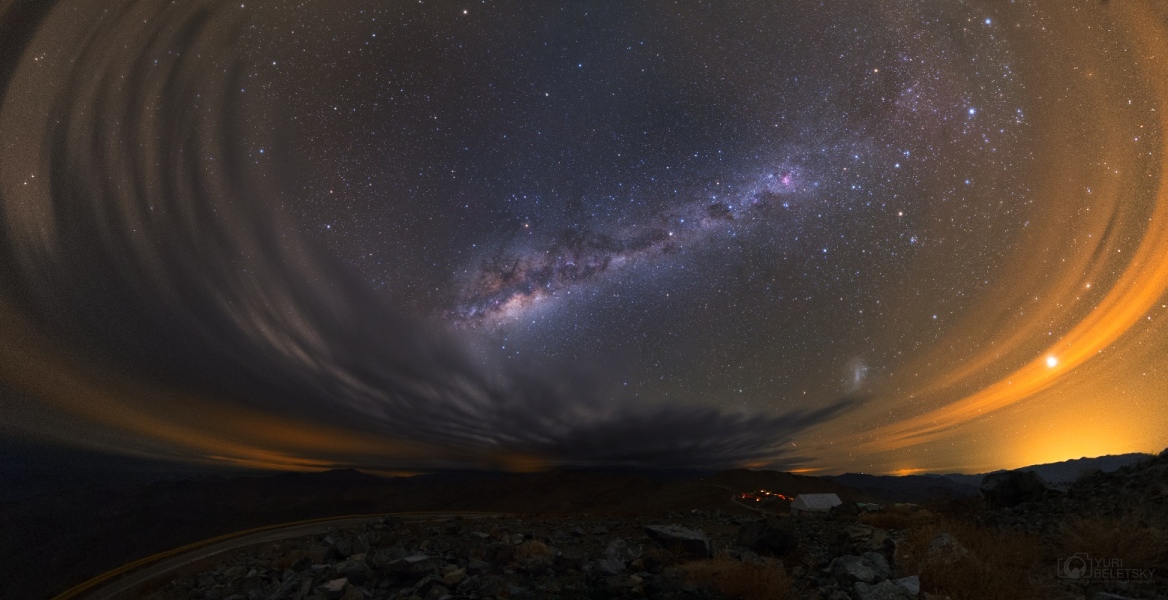 Explanation: Storm clouds do sometimes come to Chile's Atacama desert, known as the driest place on Earth. These washed through the night sky just last month during the winter season, captured in this panoramic view. Drifting between are cosmic clouds more welcome by the region's astronomical residents though, including dark dust clouds in silhouette against the crowded starfields and nebulae of the central Milky Way. Below and right of center lies the Large Magellanic Cloud, appropriately named for its appearance in starry southern skies. City lights about 200 kilometers distant still glow along the horizon at the right, while bright star Canopus shines above them in the cloudy sky.