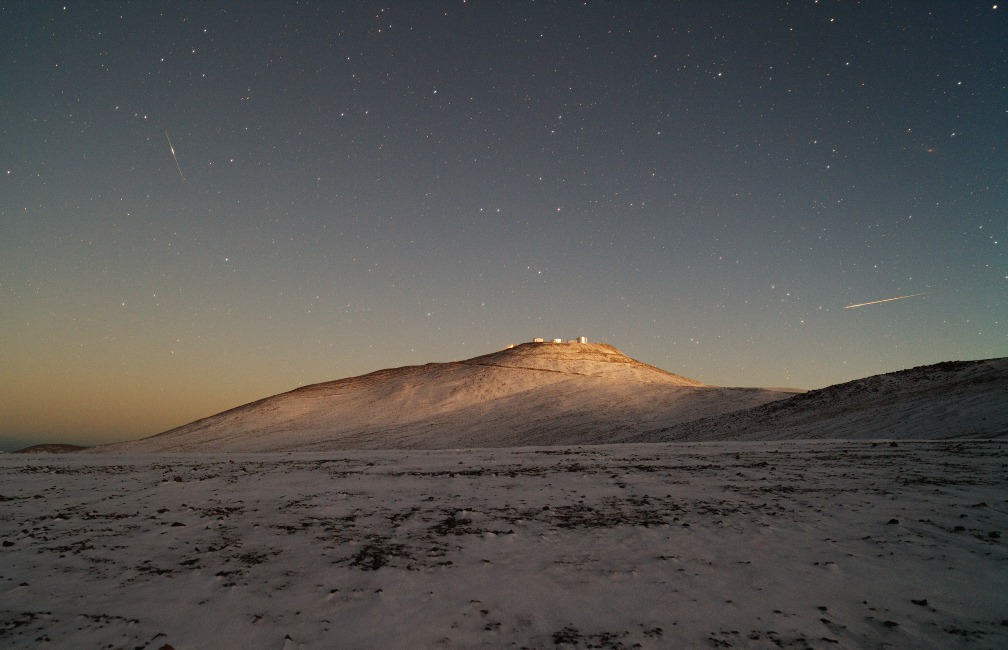 Explanation: Recorded last week, this dawn portrait of snowy mountain and starry sky captures a very rare scenario. The view does feature a pristine sky above the 2,600 meter high mountain Cerro Paranal, but clear skies over Paranal are not at all unusual. That's one reason the mountain is home to the European Southern Observatory's Very Large Telescope. Considering the number of satellites now in orbit, the near sunrise streak of a satellite glinting at the upper left isn't rare either. And the long, bright trail of a meteor can often be spotted this time of year too. The one at the far right is associated with the annual Perseid meteor shower whose peak is expected tomorrow (Friday, August 12). In fact, the rarest aspect of the picture is just the snow. Cerro Paranal rises above South America's Atacama desert, known as the driest place on planet Earth.