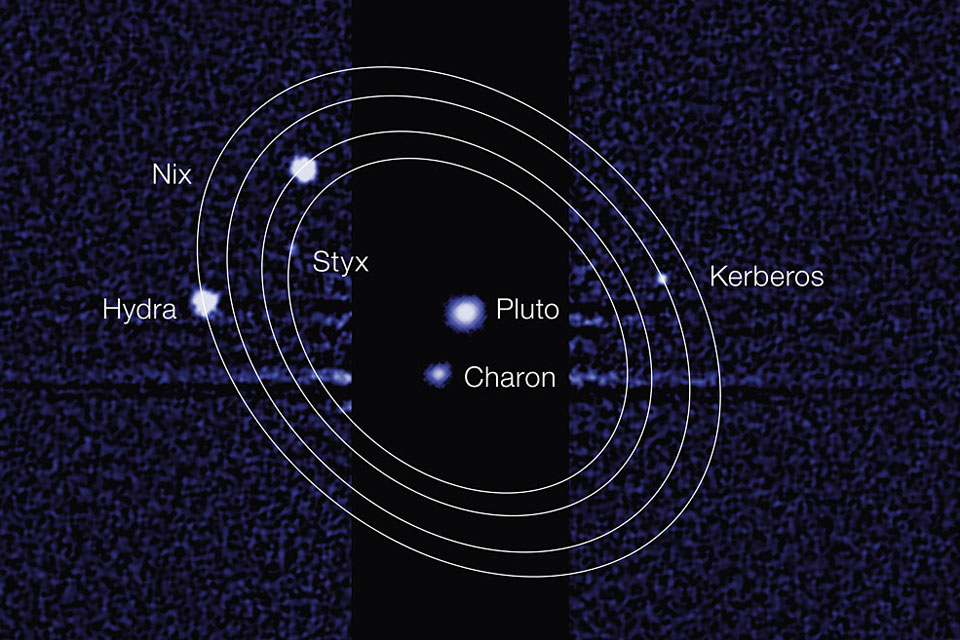 Explanation: Pluto's newly discovered moons now have names. Known previously as P4 and P5, the International Astronomical Union has now given the fourth and fifth discovered moons of Pluto the names Kerberos and Styx. The small moons were discovered in 2011 and 2012 by the Hubble Space Telescope in preparation for the close passing of the New Horizons spacecraft by Pluto in 2015. Kerberos is named for the many headed dog in Greek mythology that guards the entrance to the underworld, while Styx is named for the goddess who overlooks the mythological river that runs between the Earth and the underworld. Both monikers are related to the name of Pluto, who rules the mythical nether region. Because their reflectivity is unknown, the size of each moon is quite uncertain -- but each is crudely estimated to be about 20 kilometers in diameter. The robotic New Horizons spacecraft is on schedule to pass by Pluto in 2015 and provide the first clear images of the dwarf planet and its companions.