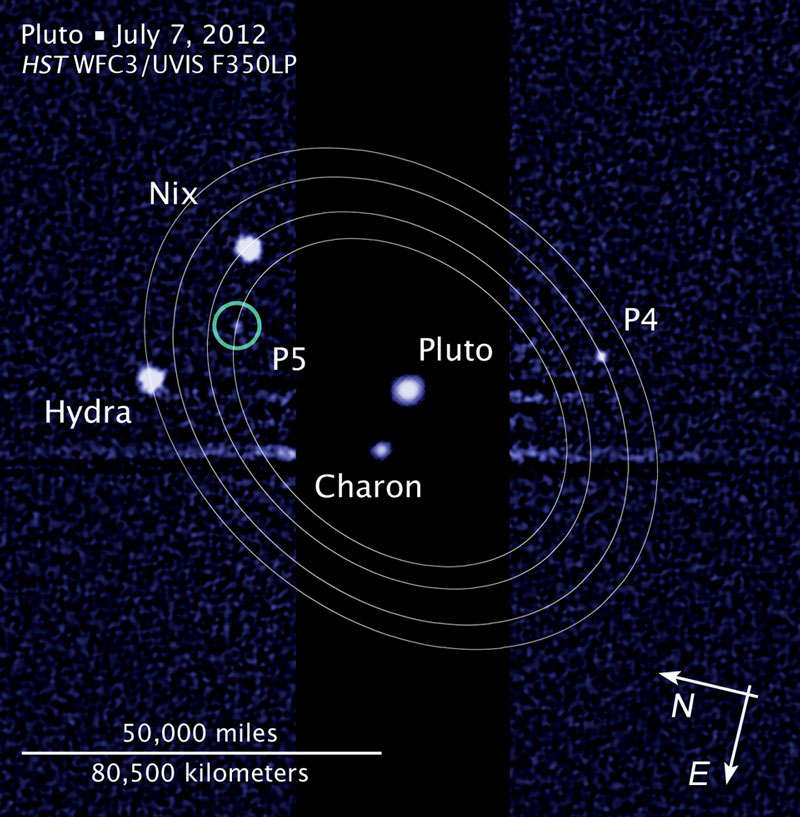 Explanation: A fifth moon has been discovered orbiting Pluto. The moon was discovered earlier this month in images taken by the Hubble Space Telescope in preparation for the New Horizons mission's scheduled flyby of Pluto in 2015. Pictured above, the moon is currently seen as only a small blip that moves around the dwarf planet as the entire system slowly orbits the Sun. The moon, given a temporary designation of S/2012 (134340) 1 or just P5 (as labeled), is estimated to span about 15 kilometers and is likely composed mostly of water-ice. Pluto remains the only famous Solar System body never visited by a human-built probe and so its origins and detailed appearance remain mostly unknown.