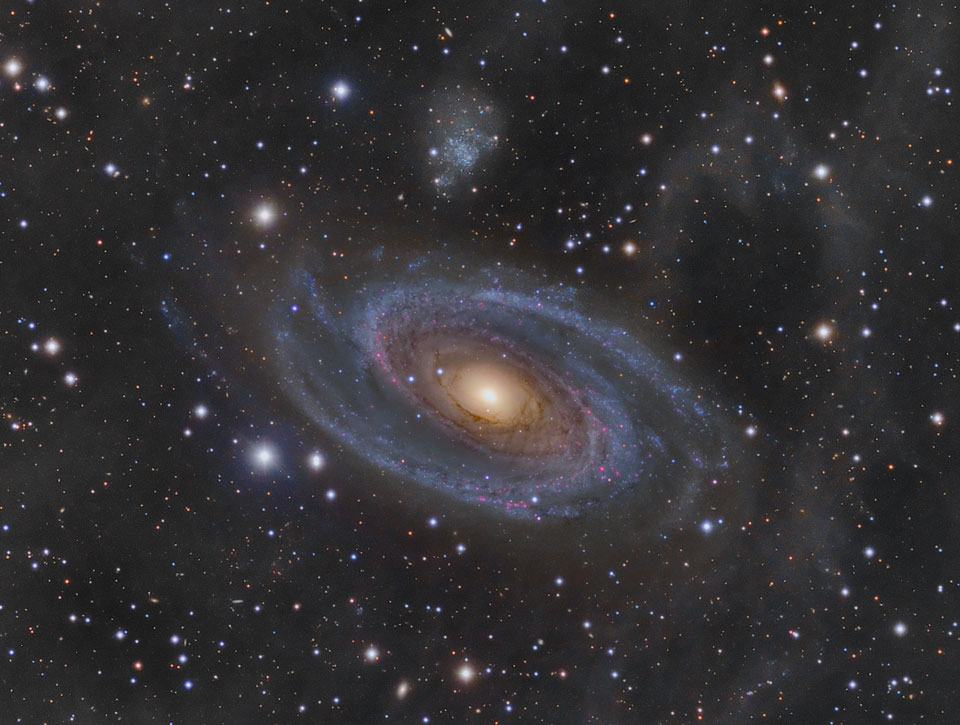 Explanation: One of the brightest galaxies in planet Earth's sky is similar in size to our Milky Way Galaxy: big, beautiful M81. This grand spiral galaxy lies 11.8 million light-years away toward the northern constellation of the Great Bear (Ursa Major). The deep image of the region reveals details in the bright yellow core, but at the same time follows fainter features along the galaxy's gorgeous blue spiral arms and sweeping dust lanes. It also follows the expansive, arcing feature, known as Arp's loop, that seems to rise from the galaxy's disk at the upper right. Studied in the 1960s, Arp's loop has been thought to be a tidal tail, material pulled out of M81 by gravitational interaction with its large neighboring galaxy M82. But a subsequent investigation demonstrates that at least some of Arp's loop likely lies within our own galaxy. The loop's colors in visible and infrared light match the colors of pervasive clouds of dust, relatively unexplored galactic cirrus only a few hundred light-years above the plane of the Milky Way. Along with the Milky Way's stars, the dust clouds lie in the foreground of this remarkable view. M81's dwarf companion galaxy, Holmberg IX, can be seen just above the large spiral. On the sky, this image spans about 0.5 degrees, about the size of the Full Moon.