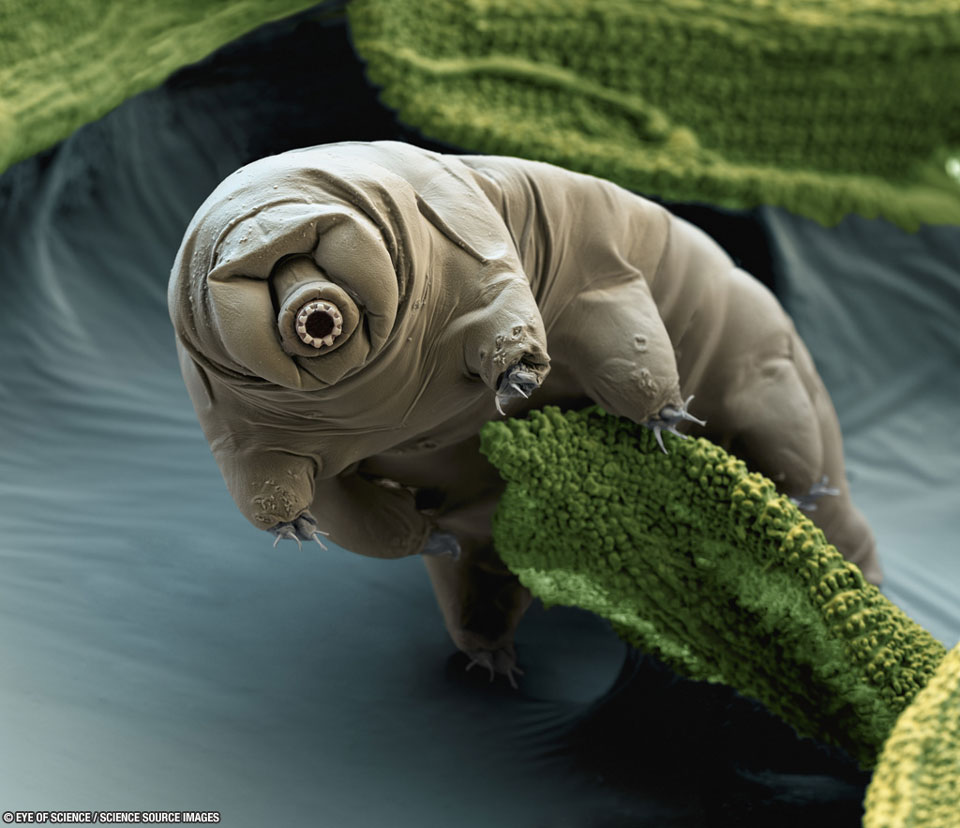 Explanation: Is this an alien? Probably not, but of all the animals on Earth, the tardigrade might be the best candidate. That's because tardigrades are known to be able to go for decades without food or water, to survive temperatures from near absolute zero to well above the boiling point of water, to survive pressures from near zero to well above that on ocean floors, and to survive direct exposure to dangerous radiations. The far-ranging survivability of these extremophiles was tested in 2011 outside an orbiting space shuttle. Tardigrades are so durable partly because they can repair their own DNA and reduce their body water content to a few percent. Some of these miniature water-bears almost became extraterrestrials recently when they were launched toward to the Martian moon Phobos on board the Russian mission Fobos-Grunt, but stayed terrestrial when a rocket failed and the capsule remained in Earth orbit. Tardigrades are more common than humans across most of the Earth. Pictured above in a color-enhanced electron micrograph, a millimeter-long tardigrade crawls on moss.