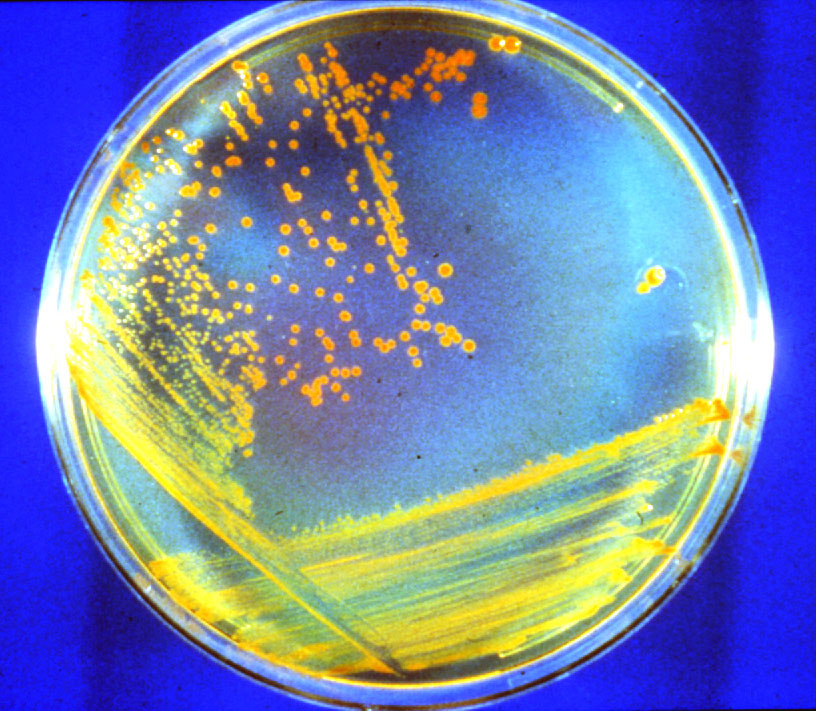 Explanation: These bacteria could survive on another planet. In an Earth lab, Deinococcus radiodurans (D. rad) survive extreme levels of radiation, extreme temperatures, dehydration, and exposure to genotoxic chemicals. Amazingly, they even have the ability to repair their own DNA, usually within 48 hours. Known as an extremophile, bacteria such as D. rad are of interest to NASA partly because they might be adaptable to help human astronauts survive on other worlds. A recent map of D. rad's DNA might allow biologists to augment their survival skills with the ability to produce medicine, clean water, and oxygen. Already they have been genetically engineered to help clean up spills of toxic mercury. Likely one of the oldest surviving life forms, D. rad was discovered by accident in the 1950s when scientists investigating food preservation techniques could not easily kill it. Pictured above, Deinococcus radiodurans grow quietly in a dish.