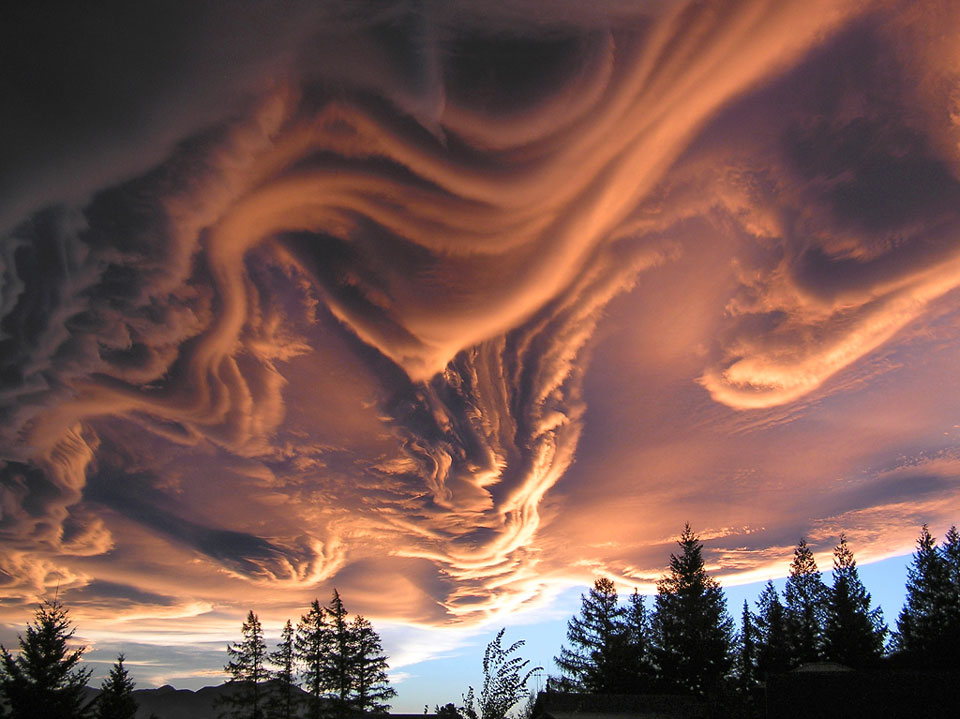 Explanation: What kind of clouds are these? Although their cause is presently unknown, such unusual atmospheric structures, as menacing as they might seem, do not appear to be harbingers of meteorological doom. Known informally as Undulatus asperatus clouds, they can be stunning in appearance, unusual in occurrence, are relatively unstudied, and have even been suggested as a new type of cloud. Whereas most low cloud decks are flat bottomed, asperatus clouds appear to have significant vertical structure underneath. Speculation therefore holds that asperatus clouds might be related to lenticular clouds that form near mountains, or mammatus clouds associated with thunderstorms, or perhaps a foehn wind -- a type of dry downward wind that flows off mountains. Such a wind called the Canterbury arch streams toward the east coast of New Zealand's South Island. The above image, taken above Hanmer Springs in Canterbury, New Zealand, in 2005, shows great detail partly because sunlight illuminates the undulating clouds from the side.

Ask Me Anything: APOD Editor to answer questions on reddit at 11 am EST this Thursday
Tomorrow's picture: your own planet < | Archive | Index | Search | Calendar | RSS | Education | About APOD | Discuss | >