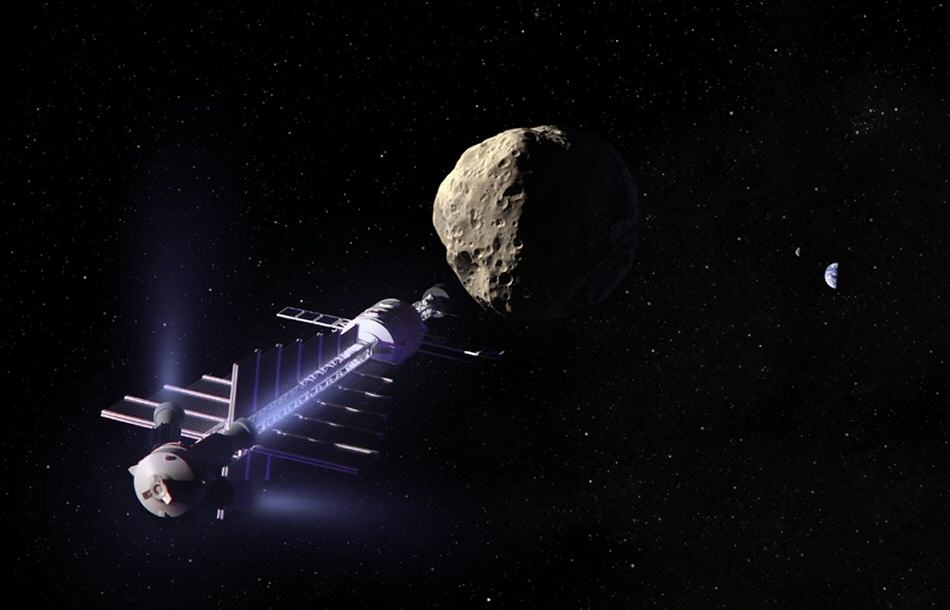 Explanation: How would you change the course of an Earth-threatening asteroid? One possibility - a massive spacecraft that uses gravity as a towline - is illustrated in this artist's vision of a gravitational tractor in action. In the hypothetical scenario worked out in 2005 by Edward Lu and Stanley Love at NASA's Johnson Space Center, a 20 ton nuclear-electric spacecraft tows a 200 meter diameter asteroid by simply hovering near the asteroid. The spacecraft's ion drive thrusters are canted away from the surface. Their slight but steady thrust would gradually and predictably alter the course of the tug and asteroid, coupled by their mutual gravitational attraction. While it sounds like the stuff of science fiction, ion drives do power existing spacecraft. One advantage of using a gravitational tractor is that it would work regardless of the asteroid's structure. Given sufficient warning and time, a gravitational tractor could deflect the path of an asteroid known to be on a collision course enough to miss planet Earth.