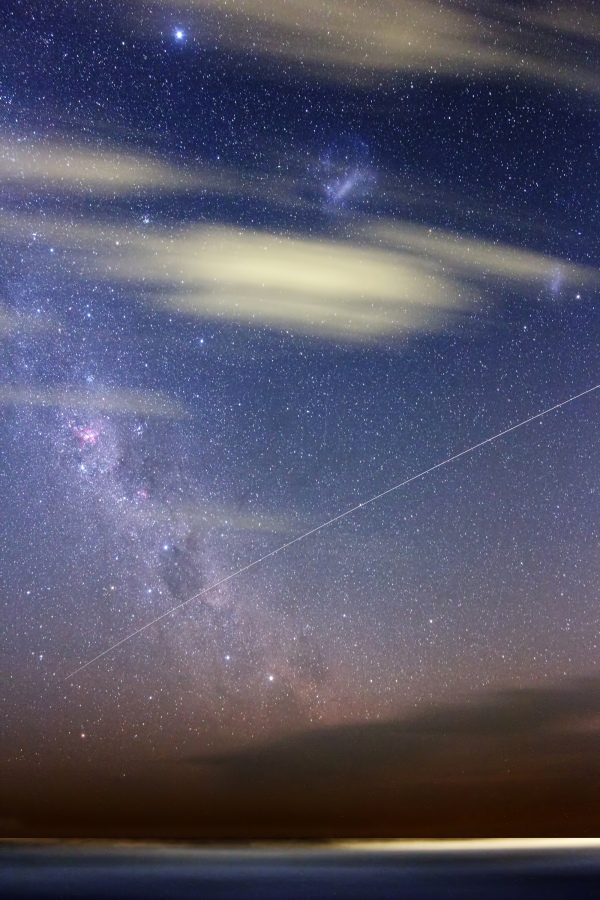 Explanation: Clouds on a summer night frame this sea and skyscape, recorded earlier this month near Buenos Aires, Argentina. But planet Earth's clouds are not the only clouds on the scene. Starry clouds and nebulae along the southern hemisphere's summer Milky Way arc above the horizon, including the dark Coal Sack near the Southern Cross and the tantalizing pinkish glow of the Carina Nebula. Both the Large (top center) and Small Magellanic Clouds are also in view, small galaxies in their own right and satellites of the Milky Way up to 200,000 light-years distant. Alpha star of the Carina constellation and second brightest star in Earth's night, Canopus shines above about 300 light-years away. Still glinting in sunlight at an altitude of 400 kilometers, the orbiting International Space Station traces a long streak through the single, 5 minute, star-tracking exposure.