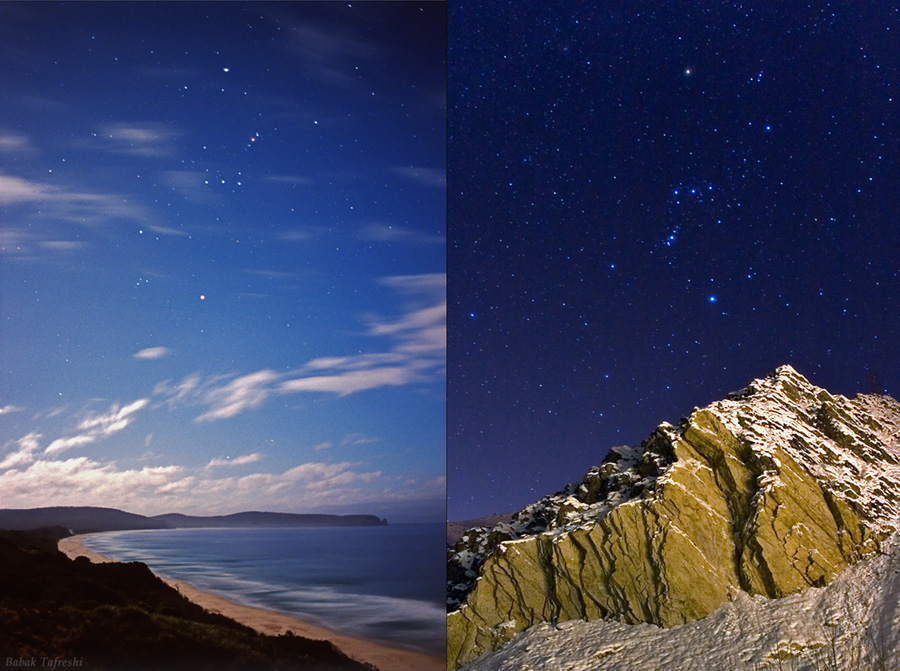 Explanation: The stars of a summer night on the left and the winter night sky on the right are the same stars. In fact, both pictures were taken in late December and have similar fields of view. The left panel shows a scene from a beach on Bruny Island off the coast of Tasmania, Australia, while the right panel features the sky over the snowy Alborz Mountains of northern Iran. But if the sky on one side still looks unfamiliar to you, just put your cursor over the image to see an alternate version. The alternate image will trace the outlines of the familiar constellation of Orion, as seen from the southern and northern hemispheres of planet Earth.