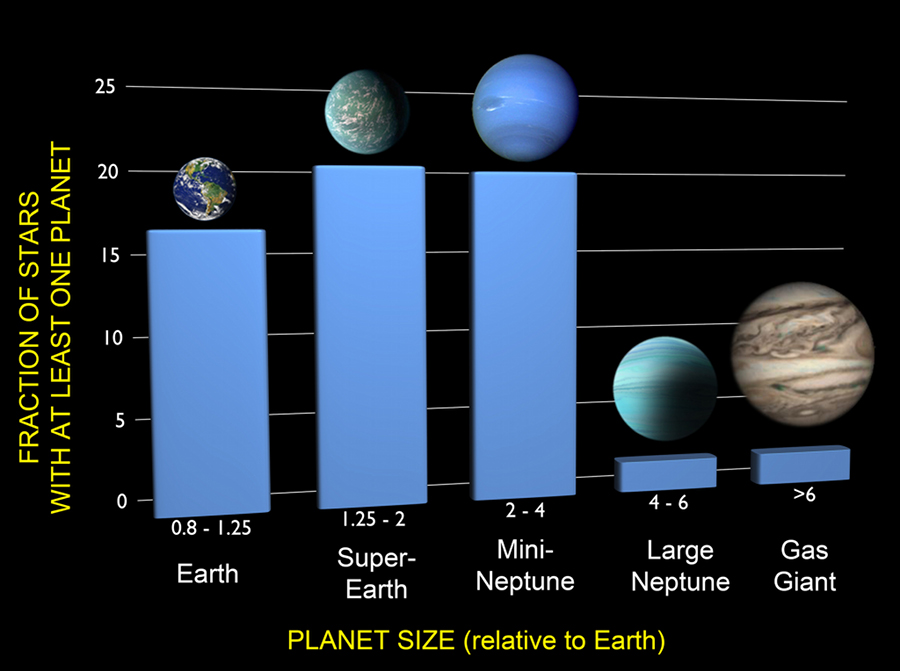 Explanation: How common are Earth-sized planets? Quite common, according to extrapolations from new data taken by NASA's orbiting Kepler spacecraft. Current computer models are indicating that at least one in ten stars are orbited by an Earth-sized planet, making our Milky Way Galaxy the home to over ten billion Earths. Unfortunately, this estimate applies only to planets effectively inside the orbit of Mercury, making these hot-Earths poor vacation opportunities for humans. This histogram depicts the estimated fraction of stars that have close orbiting planets of various sizes. The number of Sun-like stars with Earth-like planets in Earth-like orbits is surely much less, but even so, Kepler has also just announced the discovery of four more of those.