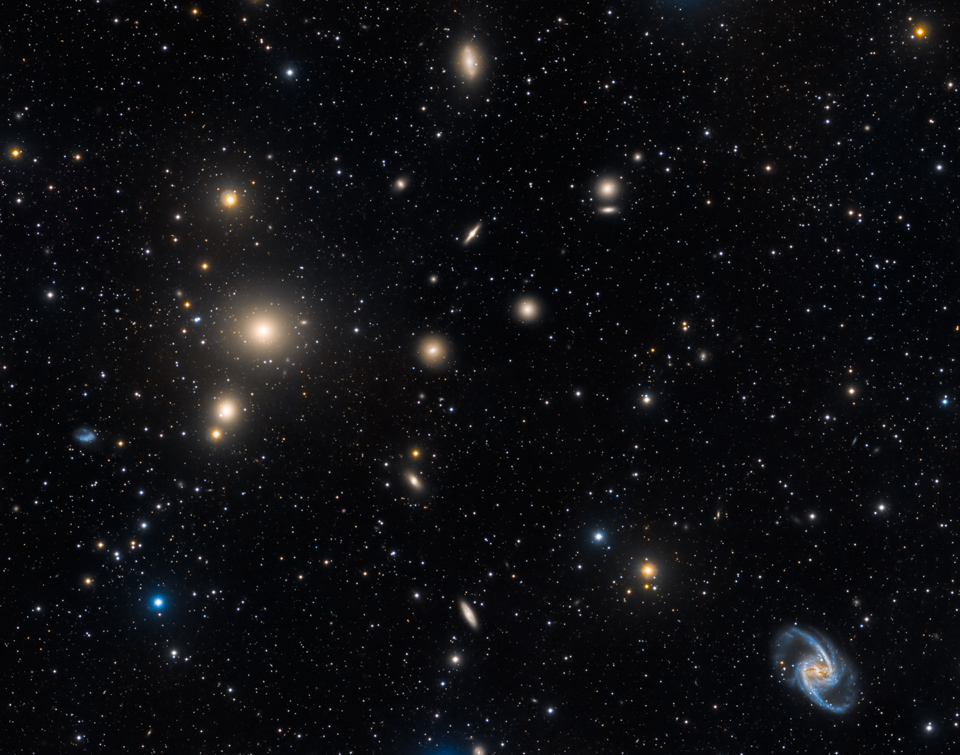 Explanation: How do clusters of galaxies form and evolve? To help find out, astronomers continue to study the second closest cluster of galaxies to Earth: the Fornax cluster, named for the southern constellation toward which most of its galaxies can be found. Although almost 20 times more distant than our neighboring Andromeda galaxy, Fornax is only about 10 percent further that the better known and more populated Virgo cluster of galaxies. Fornax has a well-defined central region that contains many galaxies, but is still evolving. It has other galaxy groupings that appear distinct and have yet to merge. Seen here, almost every yellowish splotch on the image is an elliptical galaxy in the Fornax cluster. The picturesque barred spiral galaxy NGC 1365 visible on the lower right is also a prominent Fornax cluster member.