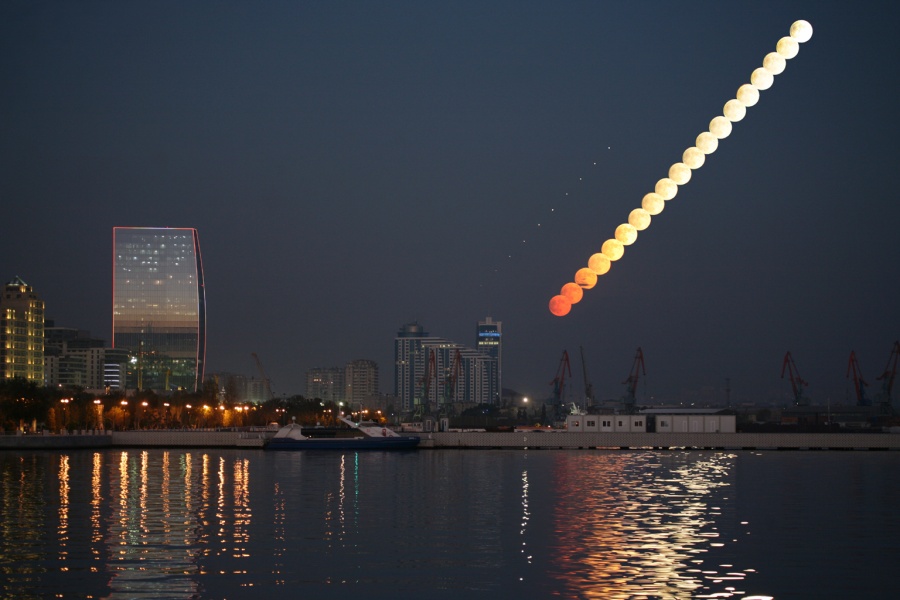 Explanation: A Full Moon rises in this waterfront scene. Its colorful, watery reflection is joined by harbor lights and a windowed skyscraper's echo of the western horizon just after sunset. The tantalizing image is a composite of frames recorded at 2 minute intervals on November 28 from the Caspian Sea port city of Baku, Azerbaijan. Still, this Full Moon was not really as big or as bright as others, though it might be hard to tell. In fact, November 28's Full Moon was near apogee, making it the smallest Full Moon of 2012. As it rose over the Baku boardwalk (along with much of the eastern hemisphere), it was also in the Earth's lighter or penumbral shadow. The subtle effect of the penumbral lunar eclipse is just discernible as the slightly darker left side of the lunar disk. Opposite the Sun in planet Earth's sky, the Full Moon was also joined by bright planet Jupiter, only a few days from its own opposition.