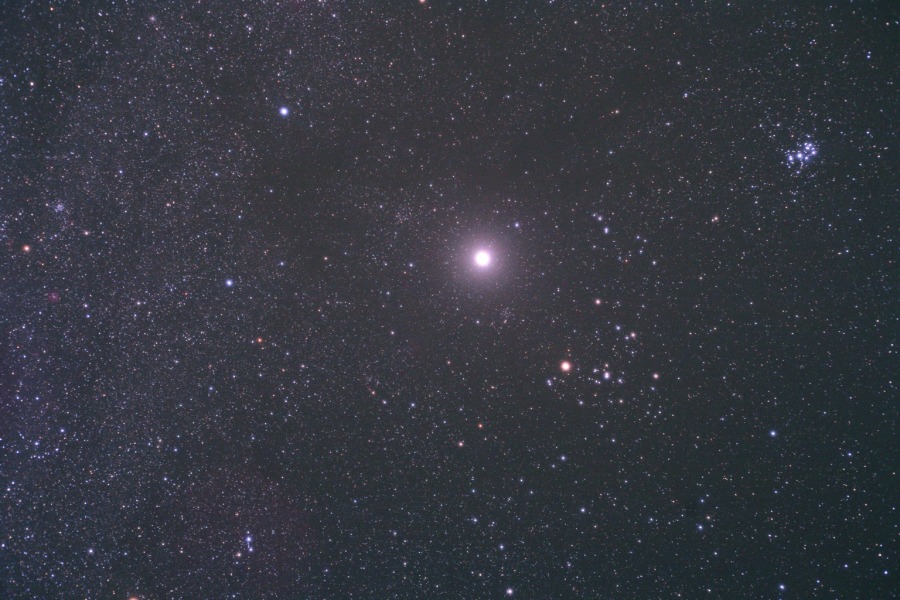 Explanation: That bright star you've recently noticed rising just after sunset isn't a star at all. It's Jupiter, the solar system's ruling gas giant. Bright Jupiter is nearing its December 3rd opposition when it will stand in Taurus, opposite the Sun in planet Earth's sky. Clearly outshining yellowish Aldebaran, alpha star of Taurus, Jupiter is centered in this skyview from November 14th, also featuring the Pleiades and Hyades star clusters, familiar celestial sights as the northern hemisphere winter approaches. Sliding your cursor over the image will label the scene and identify two other solar system worlds approaching their opposition in December. Small and faint, asteroid Vesta and dwarf planet Ceres are about 10 degrees from Jupiter, near the left edge of the frame. Of course, you can imagine NASA's Dawn spacecraft in this field of view. Having left Vesta in September, Dawn's ion engine is now steadily driving it to match orbits with Ceres, scheduled to arrive there in February 2015.