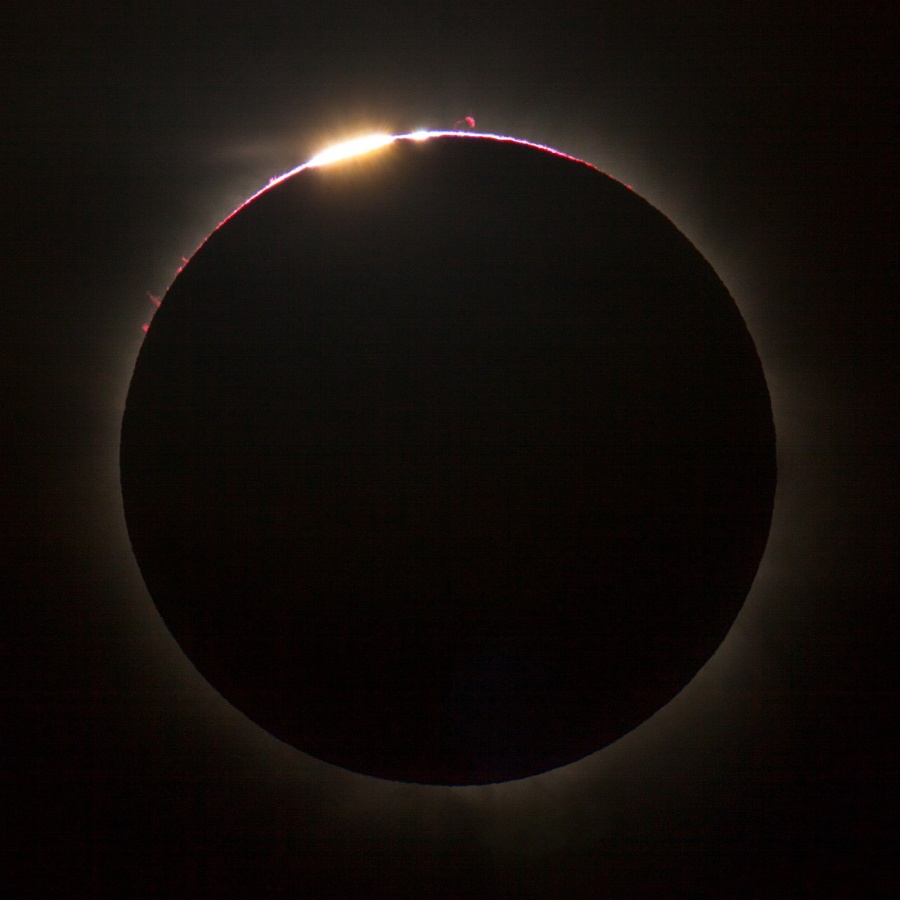 Explanation: This month's New Moon brought a total solar eclipse to parts of planet Earth on November 13 (UT). Most of the total eclipse track fell across the southern Pacific, but the Moon's dark umbral shadow began its journey in northern Australia on Wednesday morning, local time. From along the track, this telescopic snapshot captures the Moon's silhouette in skies over Queensland along the Mulligan highway west of Port Douglas. Almost completely covered, the Sun's disk is seen still surrounded by a hint of the faint solar corona. Planet-sized prominences stretch above the active Sun's edge. Sunlight streaming through gaps in the rugged profile of the lunar limb creates the brilliant but fleeting Baily's Beads.