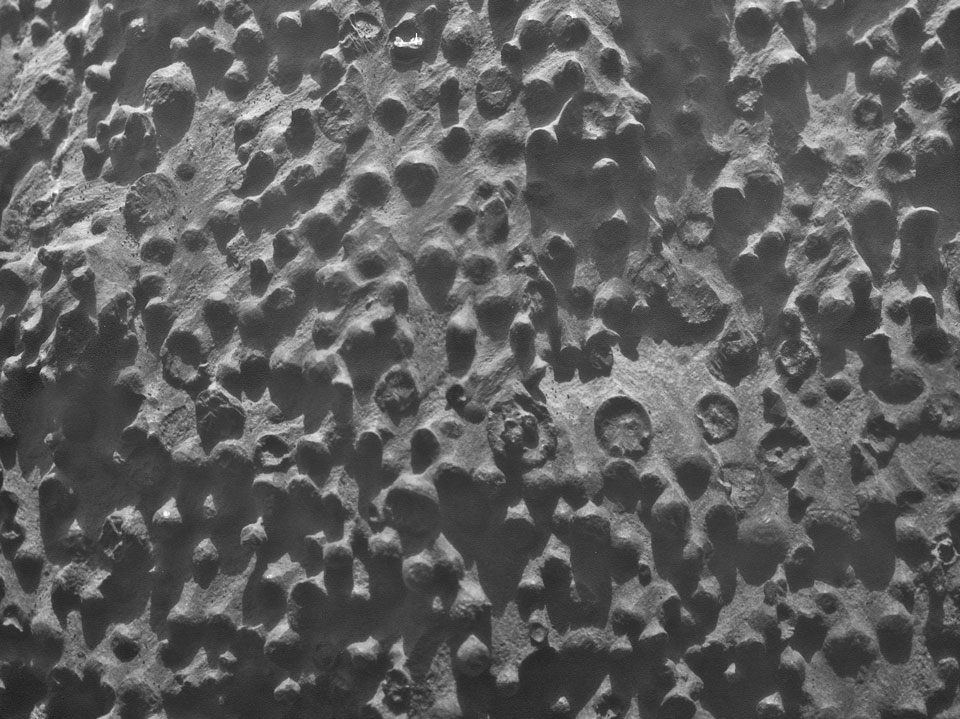 Explanation: Why are these strange little spheres on Mars? The robotic rover Opportunity chanced across these unusually shaped beads earlier this month while exploring a place named Kirkwood near the rim of Mars' Endeavour Crater. The above image taken by Opportunity's Microscopic Imager shows that some ground near the rover is filled with these unusual spheres, each spanning only about 3 millimeters. At first glance, the sometimes-fractured balls appear similar to the small rocks dubbed blueberries seen by Opportunity eight years ago, but these spheres are densely compacted and have little iron content. Although it is thought that these orbs formed naturally, which natural processes formed them remain unknown. Opportunity, an older sibling to the recently deployed Curiosity rover, will continue to study these spheres with the hope that they will provide a new clue to the ancient history of the surface of the red planet.