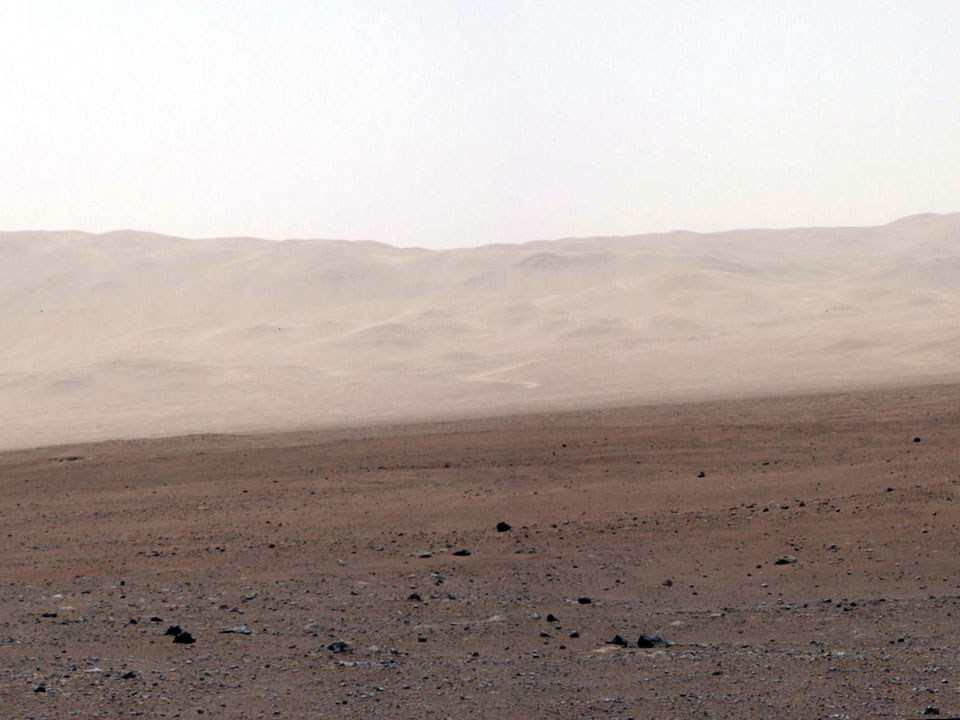 Explanation: If you could stand on Mars, what would you see? The above image is a digitally re-colored approximation of what you might see if the above Martian landscape had occurred on Earth. Images from Mars false-colored in this way are called white balanced and useful for planetary scientists to identify rocks and landforms similar to Earth. The image is a high resolution version of a distant wall of Gale Crater captured by the Curiosity rover that landed on Mars last week. A corresponding true color image exists showing how this scene actually appears on Mars. The robotic Curiosity rover continues to check itself over and accept new programming from Earth before it begins to roll across Mars and explore a landscape that has the appearance of being an unusually layered dried river bed.