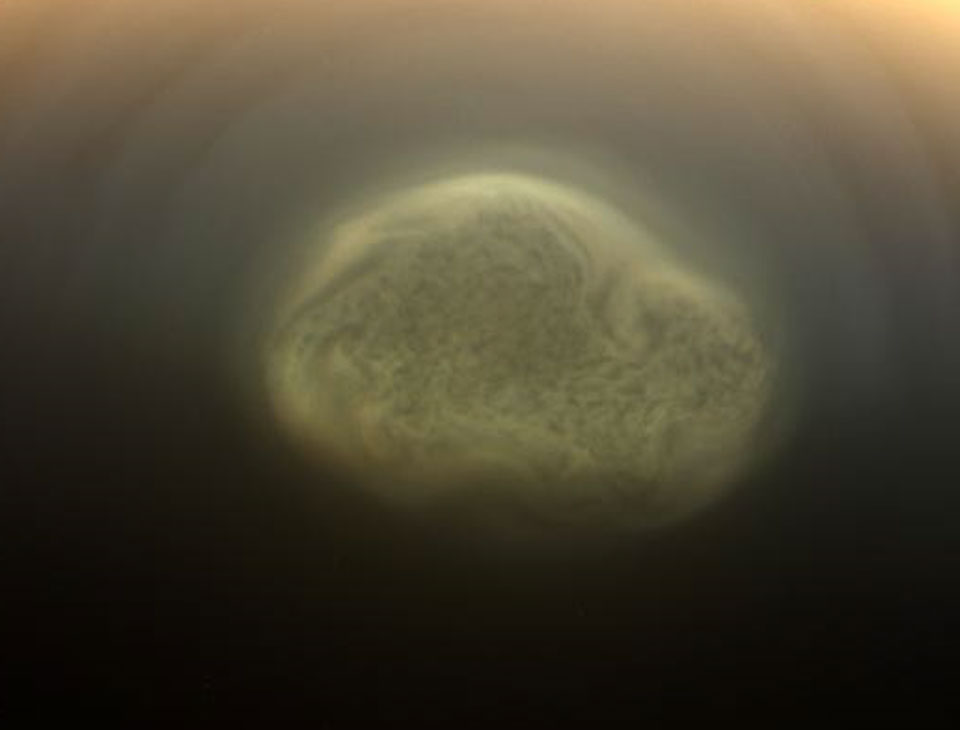 Explanation: What's happening over the south pole of Titan? A vortex of haze appears to be forming, although no one is sure why. The above natural-color image shows the light-colored feature. The vortex was found on images taken last month when the robotic Cassini spacecraft flew by the unusual atmosphere-shrouded moon of Saturn. Cassini was only able to see the southern vortex because its orbit around Saturn was recently boosted out of the plane where the rings and moons move. Clues as to what created the enigmatic feature are accumulating, including that Titan's air appears to be sinking in the center and rising around the edges. Winter, however, is slowly descending on the south of Titan, so that the vortex, if it survives, will be plunged into darkness over the next few years.