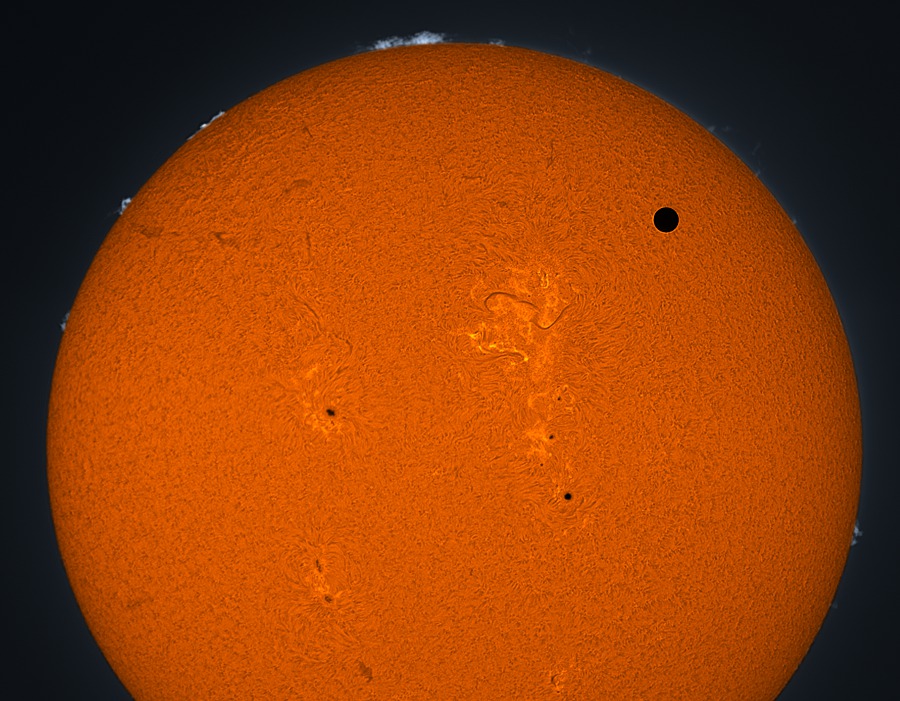 Explanation: Occurring in pairs separated by over a hundred years, there have now been only eight transits of Venus since the invention of the telescope in 1608. The next will be in December of 2117. But many modern telescopes and cameras were trained on this week's Venus transit, capturing the planet in rare silhouette against the Sun. In this sharp telescopic view from Georgia, USA, a narrowband H-alpha filter was used to show the round planetary disk against a mottled solar surface with dark filaments, sunspots, and prominences. The transit itself lasted for 6 hours and 40 minutes. Historically, astronomers used timings of the transit from different locations to triangulate the distance to Venus, while modern astronomers actively search for planets that transit distant suns.