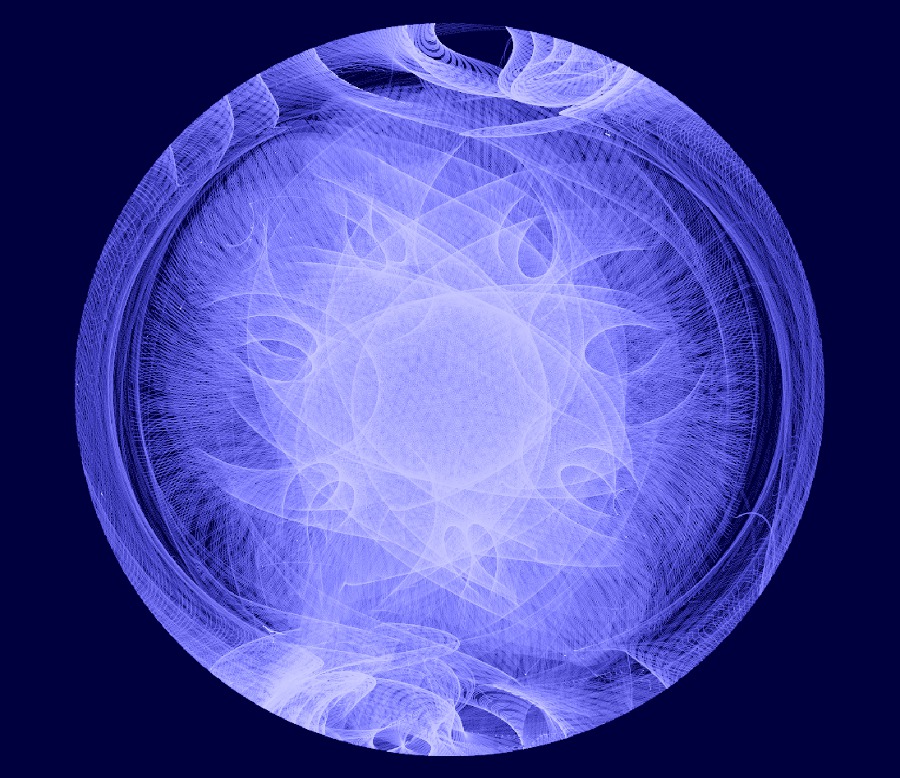 Explanation: Exploring the cosmos at extreme energies, the Fermi Gamma-ray Space Telescope orbits planet Earth every 95 minutes. By design, it rocks to the north and then to the south on alternate orbits in order to survey the sky with its Large Area Telescope (LAT). The spacecraft also rolls so that solar panels are kept pointed at the Sun for power, and the axis of its orbit precesses like a top, making a complete rotation once every 54 days. As a result of these multiple cycles the paths of gamma-ray sources trace out complex patterns from the spacecraft's perspective, like this mesmerising plot of the path of the Vela Pulsar. Centered on the LAT instrument's field of view, the plot spans 180 degrees and follows Vela's position from August 2008 through August 2010. The concentration near the center shows that Vela was in the sensitive region of the LAT field during much of that period. Born in the death explosion of a massive star within our Milky Way galaxy, the Vela Pulsar is a neutron star spinning 11 times a second, seen as the brightest persistent source in the gamma-ray sky.