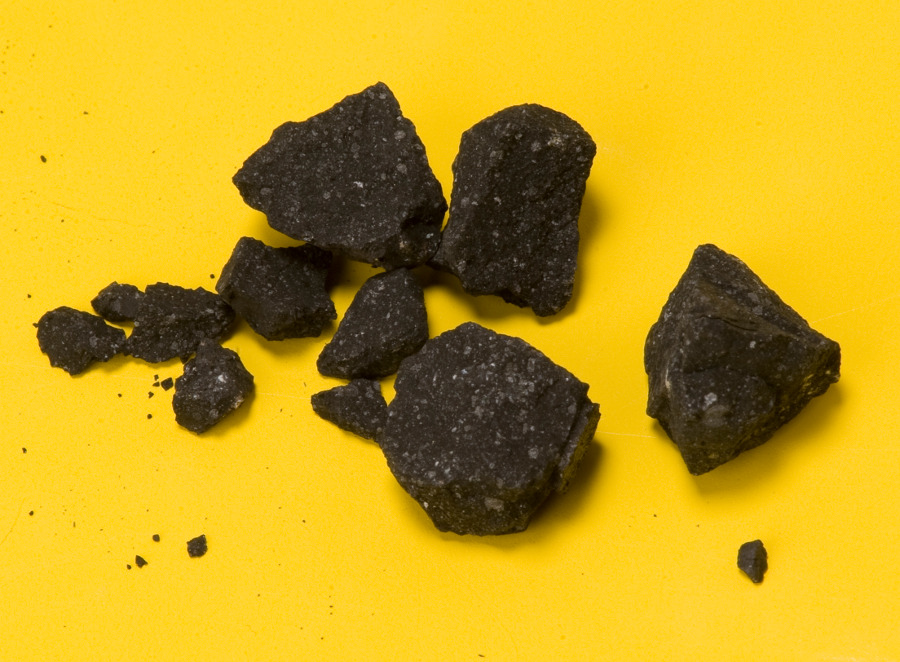 Explanation: Last Sunday's bright fireball meteor falling through skies over California and Nevada produced sonic booms over a broad area around 7:51 am. Estimates indicate the meteor was about the size of a minivan. Astronomer Peter Jenniskens subsequently recovered these fragments of a crushed 4 gram meteorite, the second find from this meteor fall, in the parking lot of the Henningsen-Lotus state park, not far from Sutter's Mill. This is now known as the Sutter's Mill Meteorite, the location famous for its association with the California Gold Rush. The meteorite may well be astronomer's gold too, thought to be a rare CM type carbonaceous chondrite, a type rich in organic compounds and similar to the Murchison Meteorite. To trace the meteor's orbit, details of its breakup, and aid in locating more fragements, scientists are also searching for video records. Security cameras across a wide area could have accidently captured the fireball event near 7:51 am PDT on April 22; e.g. California (SF Bay Area, Los Angeles, near Redding) and Nevada (Reno area, Tonopah), even in southern parts of Oregon and near Salt Lake City in Utah. If you have video footage of the event, please use the contact information here.