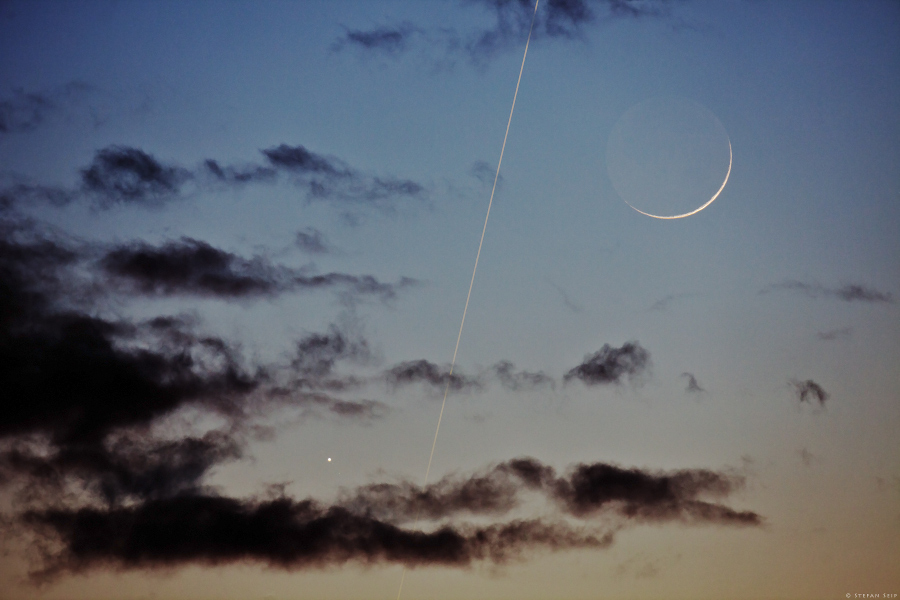 Explanation: Planet Earth has many moons. Its largest artifical moon, the International Space Station, streaks through this lovely skyview with clouds in silhouette against the fading light of a sunset. Captured from Stuttgart, Germany last Sunday, the frame also includes Earth's largest natural satellite 1.5 days after its New Moon phase. Just below and left of the young crescent is Jupiter, another bright celestial beacon hovering near the western horizon in early evening skies. Only briefly, as seen from the photographer's location, Jupiter and these moons of Earth formed the remarkably close triple conjunction. Of course, Jupiter has many moons too. In fact, close inspection of the photo will reveal tiny pin pricks of light near the bright planet, large natural satellites of Jupiter known as Galilean moons.