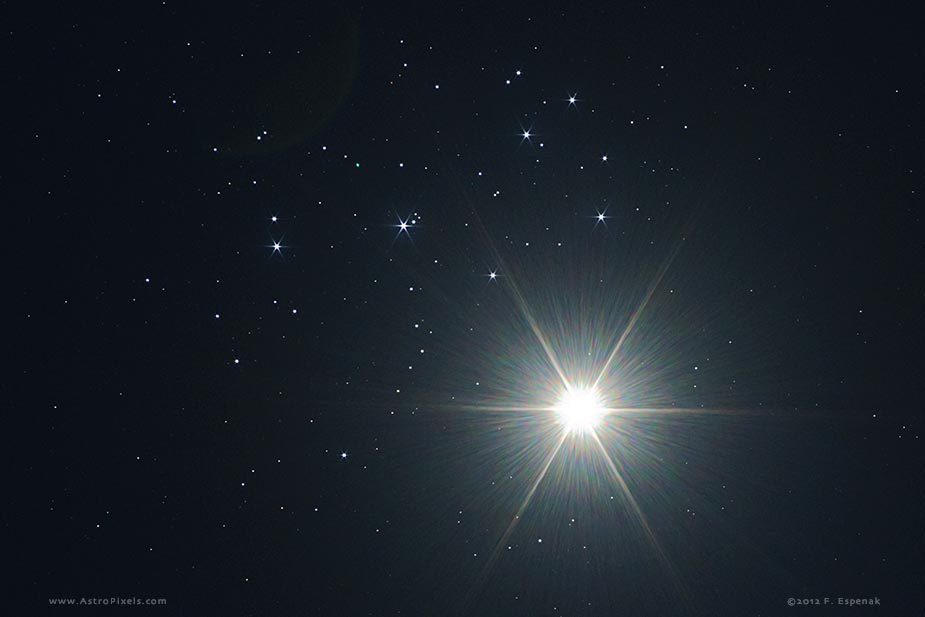 Explanation: After wandering about as far from the Sun on the sky as Venus can get, the brilliant evening star crossed paths with the Pleiades star cluster earlier this week. The beautiful conjunction was enjoyed by skygazers around the world. Taken on April 2, this celestial group photo captures the view from Portal, Arizona, USA. Also known as the Seven Sisters, even the brighter naked-eye Pleiades stars are seen to be much fainter than Venus. And while Venus and the sisters do look star-crossed, their spiky appearance is the diffraction pattern caused by multiple leaves in the aperture of the telephoto lens. The last similar conjunction of Venus and Pleiades occurred nearly 8 years ago. As it did then, Venus will again move on to cross paths with the disk of the Sun in June.