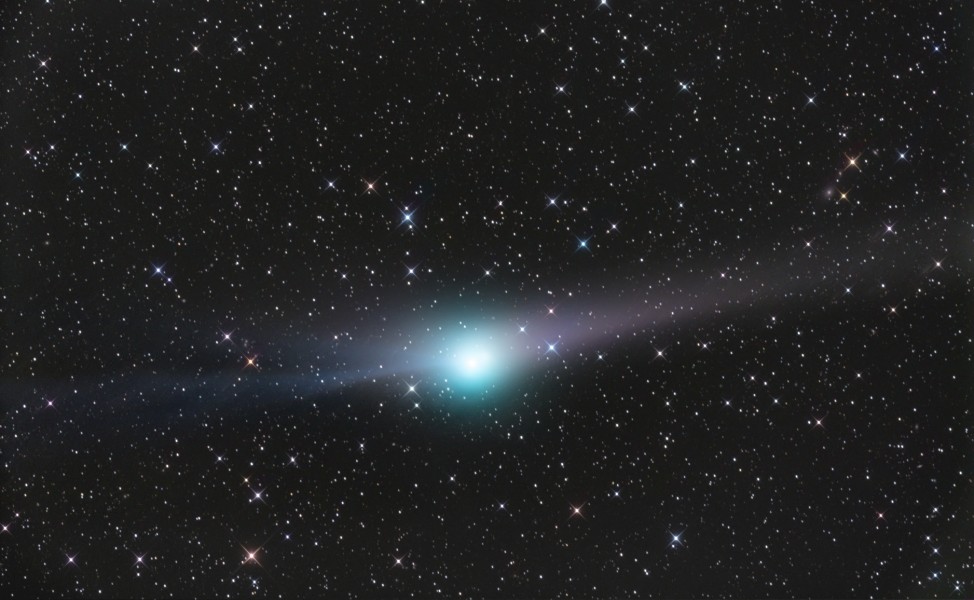 Explanation: Remarkable comet Garradd (C2009/P1) has come to be known for two distinctive tails. From the perspective of earthbound comet watchers the tails are visible on opposite sides of its greenish coma. Seen here in a telescopic view, the recognizable dust tail fans out to the right, trailing the comet nucleus in its orbit. Streaming away from the sunward direction, a familiar bluish ion tail sweeps to the left. But the comet also seems to have, at least temporarily, sprouted a second ion tail recorded in this image from February 24. Other comet imagers have recently captured changing structures in Garradd's ion tail created as the plasma is buffeted by the magnetic fields in the solar wind. Now moving more quickly through northern skies, on March 5th comet Garradd will reach its closest approach to planet Earth, about 10.5 light-minutes distant.