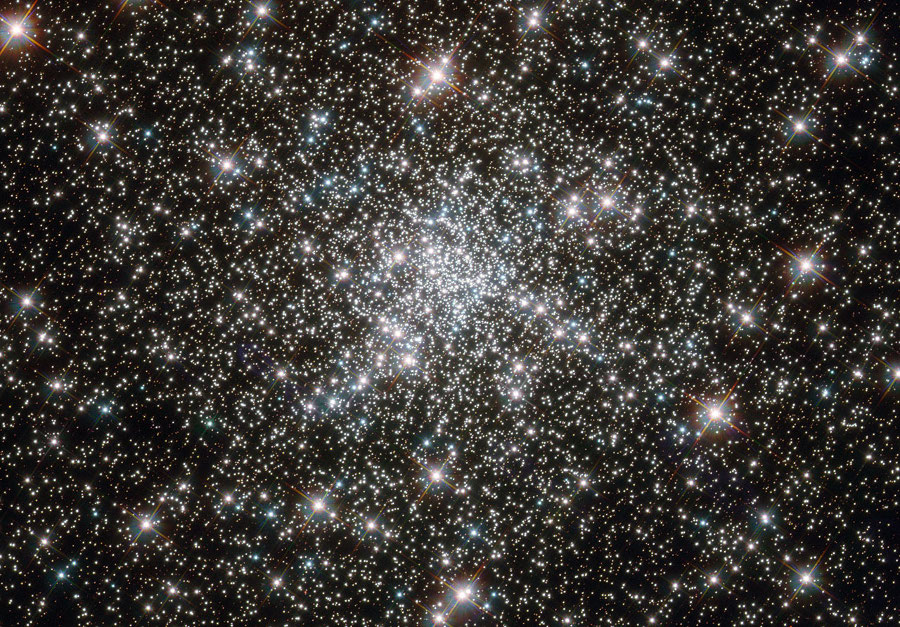 Explanation: This sharp Hubble Space Telescope view looks deep into NGC 6752. Some 13,000 light-years away toward the southern constellation Pavo, the globular star cluster roams the halo of our Milky Way galaxy. Over 10 billion years old, NGC 6752 holds over 100 thousand stars in a sphere about 100 light-years in diameter, but the Hubble image frame spans the central 10 or so light-years and resolves stars near the dense cluster core. In fact the frame includes some of the cluster's blue straggler stars, stars which appear to be too young and massive to exist in a cluster whose stars are all expected to be at least twice as old as the Sun. Explorations of the NGC 6752 have also indicated that a remarkable fraction of the stars near the cluster's core, are multiple star systems, supporting arguments that star mergers and collisions in the dense stellar environment can create the cluster's blue straggler stars.