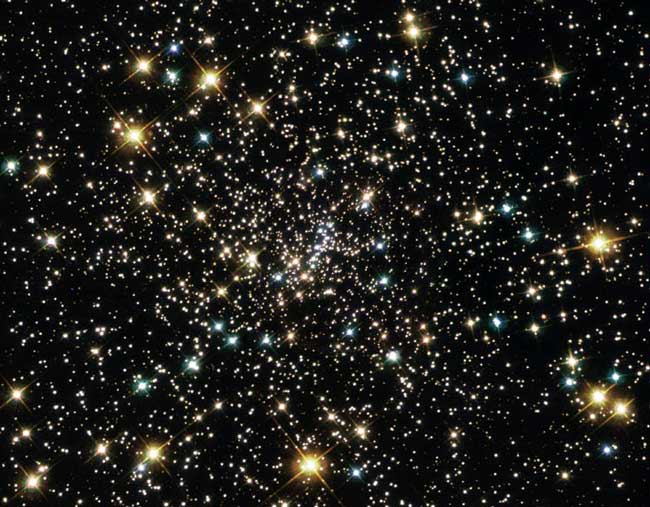 Explanation: In our neck of the Galaxy stars are too far apart to be in danger of colliding, but in the dense cores of globular star clusters star collisions may be relatively common. In fact, researchers have evidence that the closely spaced blue stars near the center of the above image taken by the orbiting Hubble Space Telescope were formed when stars directly collided. Pictured is the central region of NGC 6397, a globular cluster about 6,000 light-years distant, whose stars all formed at about the same time. NGC 6397's massive stars have long since evolved off the main sequence, exhausting their central supplies of nuclear fuel. This should leave the cluster with only old low mass stars; faint red main sequence stars and brighter blue and red giants. However, spectroscopic data show that the indicated stars, descriptively dubbed blue stragglers, are clearly main sequence stars which are too blue and too massive to still be there. Suggestively the stragglers appear to be two and occasionally three times as massive as the lower mass cluster stars otherwise present, supporting evidence for their formation from two and even three star collisions.