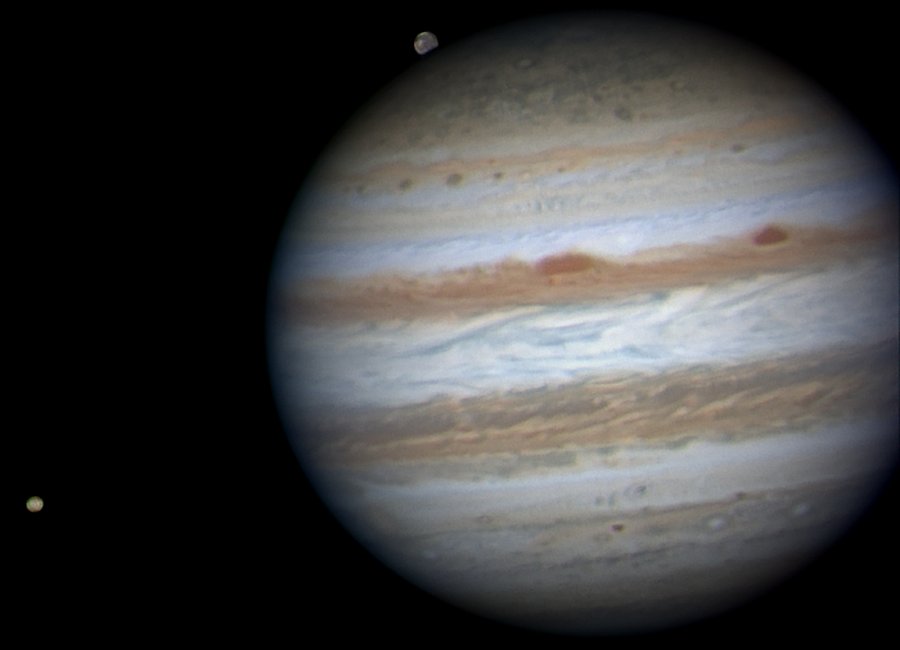 Explanation: On October 29 (UT), Jupiter, the solar system's largest planet, will be at opposition, opposite the Sun in planet Earth's sky, shining brightly and rising as the Sun sets. That configuration results in Jupiter's almost annual closest approach to planet Earth, so near opposition the gas giant offers earthbound telescopes stunning views of its stormy, banded atmosphere and large Galilean moons. This sharp snapshot of Jupiter was captured on October 13 with the 1 meter telescope at the Pic Du Midi mountain top observatory in the French Pyrenees. North is up in the image that shows off oval shaped vortices and planet girdling dark belts and light zones. Also seen in remarkable detail, Jupiter's icy Ganymede, the solar system's largest moon, is emerging from behind the planet (top) while volcanic Io enters the frame near the lower left edge.