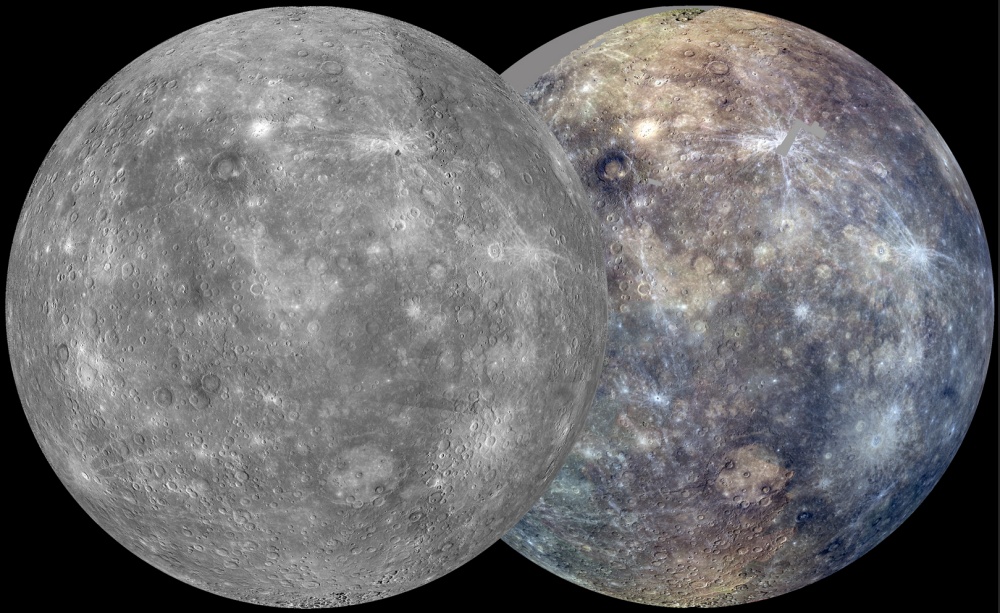 Explanation: One solar day on a planet is the length of time from noon to noon. A solar day lasts 24 hours on planet Earth. On Mercury a solar day is about 176 Earth days long. And during its first Mercury solar day in orbit the MESSENGER spacecraft has imaged nearly the entire surface of the innermost planet to generate a global monochrome map at 250 meters per pixel resolution and a 1 kilometer per pixel resolution color map. Examples of the maps, mosaics constructed from thousands of images made under uniform lighting conditions, are shown (monochrome at left), both centered along the planet's 75 degrees East longitude meridian. The MESSENGER spacecraft's second Mercury solar day will likely include more high resolution targeted observations of the planet's surface features. (Editor's note: Due to Mercury's 3:2 spin-orbit resonance, a Mercury solar day is 2 Mercury years long.)