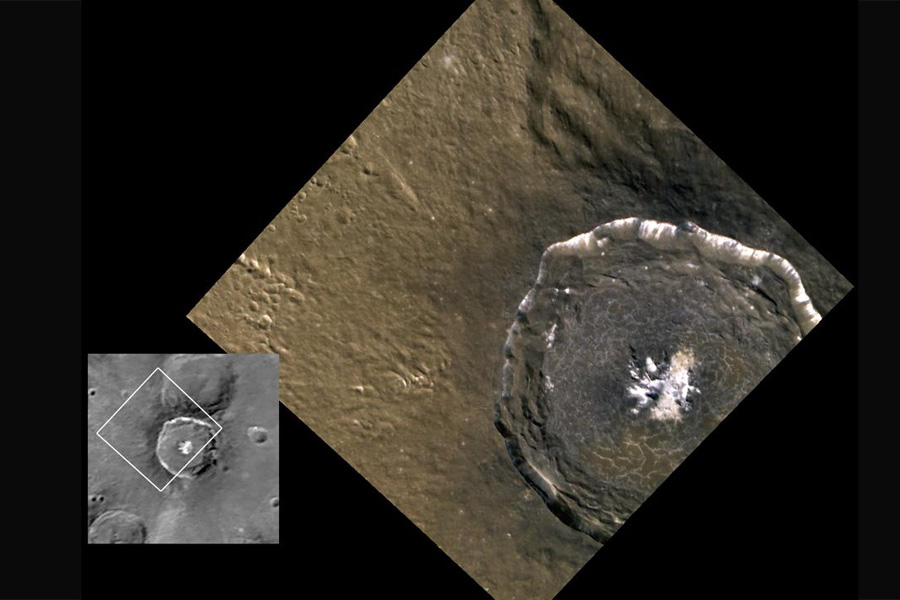 Explanation: Now imaging inner planet Mercury from orbit, the MESSENGER spacecraft wide angle camera has returned this impressive color view of Degas Crater, with a full resolution of 90 meters per pixel. Named for the impressionist painter, the 52 kilometer diameter crater is also shown in an inset context image from the Mariner 10 flyby mission in the mid 1970s. In MESSENGER's view, the crater floor is seen to be filled with an intricate series of cracks, formed as the molten surface resulting from the impact cooled and contracted. Starkly bright, patchy deposits, suggesting compositional differences and freshly exposed material, standout around the crater's central peaks and walls. Details of similar bright deposits are seen in even higher resolution images from MESSENGER.