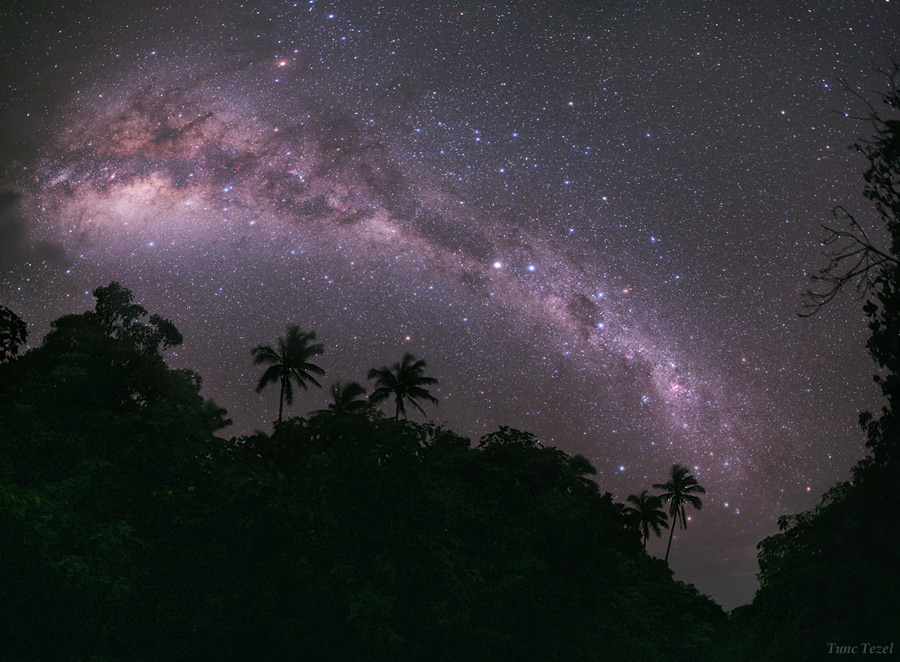 Explanation: From Sagittarius to Carina, the Milky Way Galaxy shines in this dark night sky above planet Earth's lush island paradise of Mangaia. Familiar to denizens of the southern hemisphere, the gorgeous skyscape includes the bulging galactic center at the upper left and bright stars Alpha and Beta Centauri just right of center. About 10 kilometers wide, volcanic Mangaia is the southernmost of the Cook Islands. Geologists estimate that at 18 million years old it is the oldest island in the Pacific Ocean. Of course, the Milky Way is somewhat older, with the galaxy's oldest stars estimated to be over 13 billion years old. (Editor's note: This image holds the distinction of being selected as winner in the Royal Observatory, Greenwich, Astronomy Photographer of the Year competition in the Earth and Space category.)