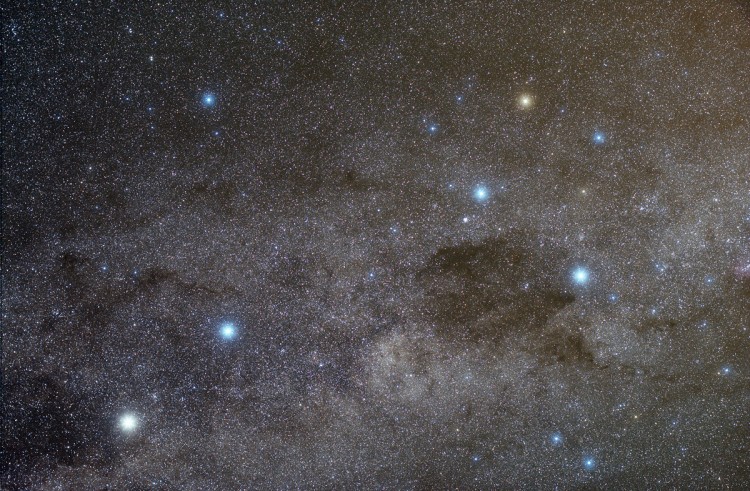 Explanation: The glow of the southern Milky Way and the well-known Southern Cross are featured in this colorful skyscape recorded in April over La Frontera, Chile. The Southern Cross (Crux) itself is at the right of the 20 degree wide field of view, topped by bright, yellowish star Gamma Crucis. A line from Gamma Crucis through the blue star at the bottom of the cross, Alpha Crucis, points toward the south celestial pole. Against faint Milky Way starlight, the dark expanse of the Coal Sack Nebula lies just left of the cross, while farther left along the Milky Way are the bright stars Hadar and Rigil Kentaurus, also known as Beta and Alpha Centauri. Blazing in the lower left, Alpha Cen is the closest star to the Sun, a mere 4.3 light-years distant. In fact, yellowish Alpha Cen is actually a triple star system that includes a sun-like star. Seen from Alpha Cen, our own Sun would be a bright yellowish star in the otherwise recognizable constellation Cassiopeia.