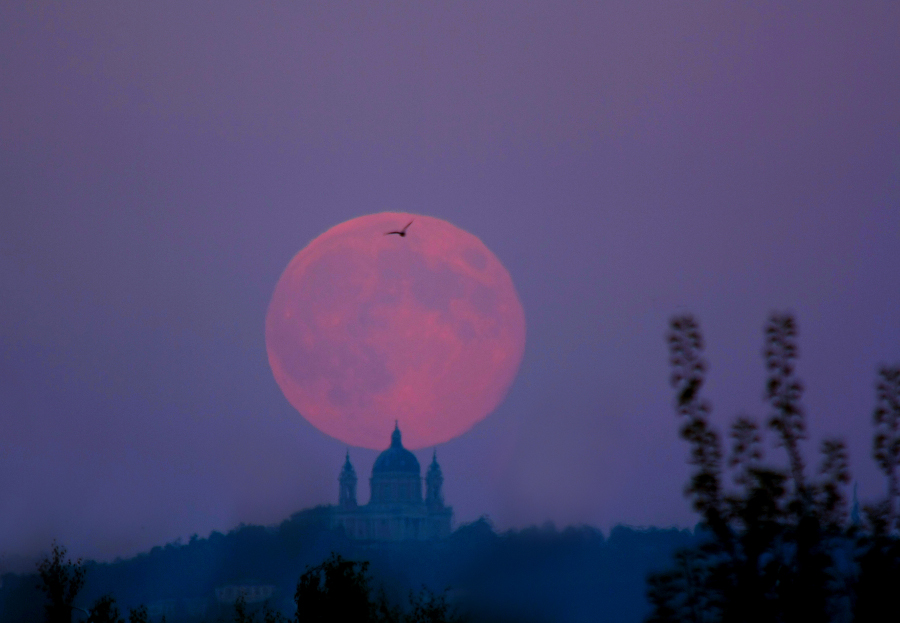 Explanation: A Full Moon rising can be a dramatic celestial sight, and Full Moons can have many names. For example, Monday's Full Moon was the one nearest this year's autumnal equinox for the northern hemisphere, traditionally called the Harvest Moon. According to lore the name is a fitting one because farmers could work late into the night at the end of the growing season harvesting crops by moonlight. This serene telephoto image captures this September's harvest moonrise from Turin, Italy. In silhouette against an orange lunar disk is Turin's hilltop Basilica of Superga.