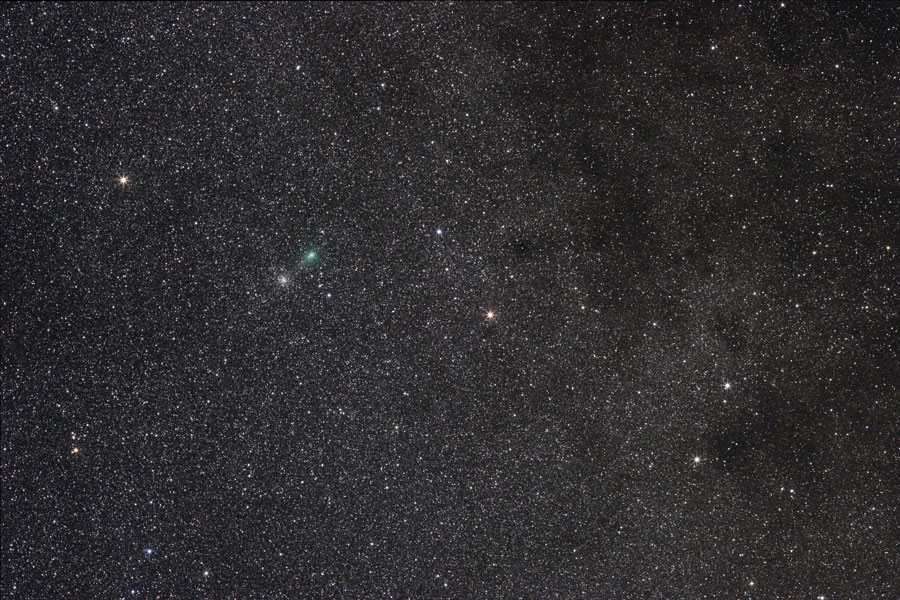 Explanation: Comet Garradd continues to brighten as it drifts across the northern sky. Last week the comet, visible with binoculars and discernible by its green coma, passed nearly in front of globular cluster M71. M71 was once thought to be an open cluster, but is now known to be an older globular cluster containing over 10,000 stars. The photogenic duo was captured with a standard digital camera in a 10-minute, wide-angle exposure toward the northern constellation of the Arrow (Sagitta). The stars Sham (alpha Sagittae), beta Sagittae, gamma Sagittae, and the double star delta Sagittae are all visible in a diagonal band running down from the upper left. Comet C/2009 P1 (Garradd), will remain visible in northern skies for months and will reach its closest approach to the Sun in December.