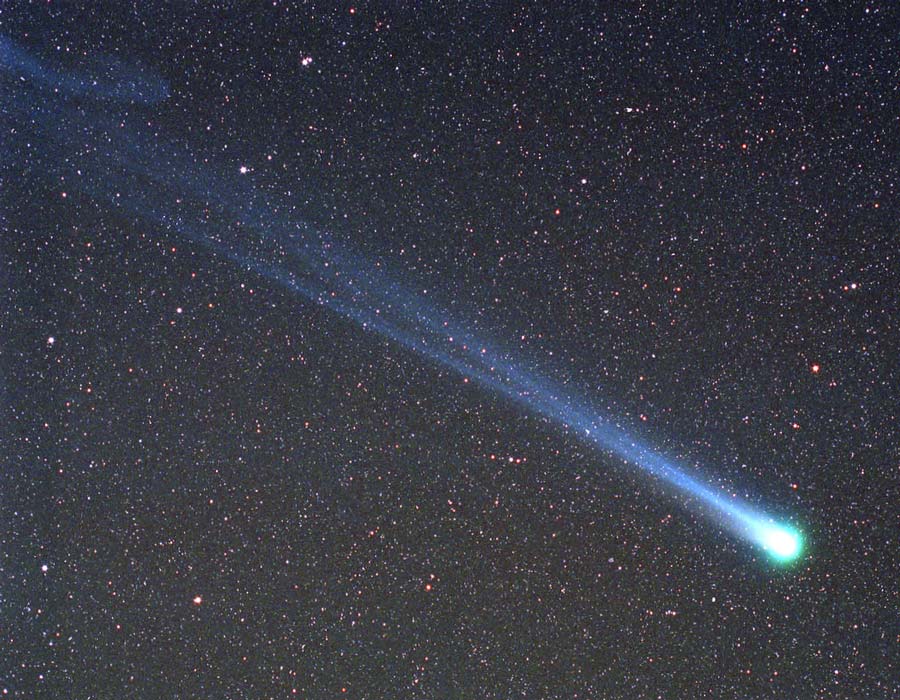 Explanation: In 1996, an unexpectedly bright comet passed by planet Earth. Discovered less than two months before, Comet C/1996 B2 Hyakutake came within only 1/10th of the Earth-Sun distance from the Earth in late March. At that time, Comet Hyakutake, dubbed the Great Comet of 1996, became the brightest comet to grace the skies of Earth in 20 years. During its previous visit, Comet Hyakutake may well have been seen by the stone age Magdalenian culture, who 17,000 years ago were possibly among the first humans to live in tents as well as caves. Pictured above near closest approach as it appeared on 1996 March 26, the long ion and dust tails of Comet Hyakutake are visible flowing off to the left in front of a distant star field that includes both the Big and Little Dippers. On the far left, the blue ion tail appears to have recently undergone a magnetic disconnection event. On the far right, the comet's green-tinted coma obscures a dense nucleus of melting dirty ice estimated to be about 5 kilometers across. A few months later, Comet Hyakutake began its long trek back to the outer Solar System. Because of being gravitationally deflected by massive planets, Comet Hyakutake is not expected back for about 100,000 years.