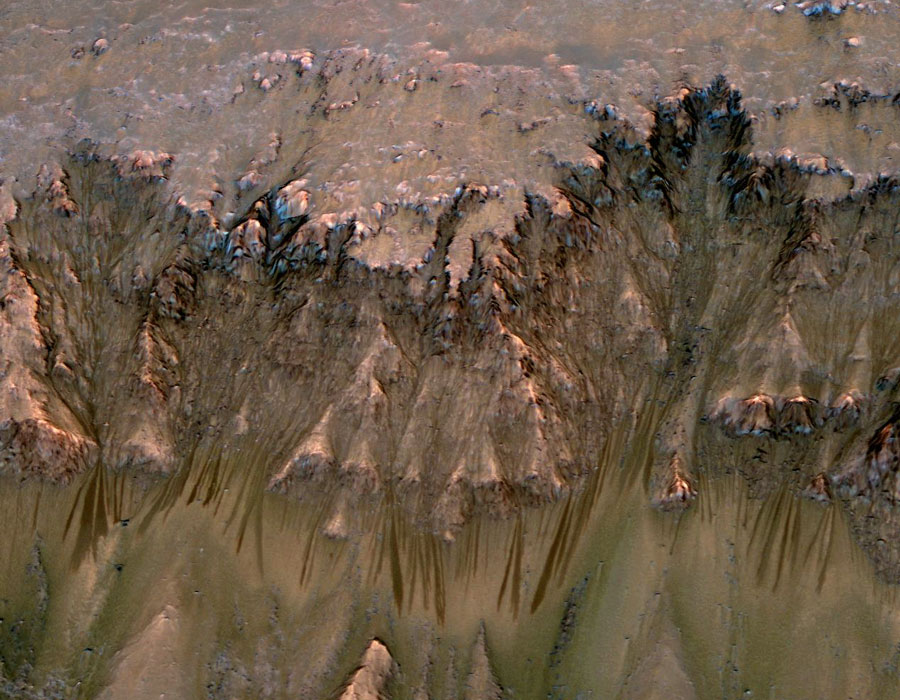 Explanation: What is causing these dark streaks on Mars? A leading hypothesis is flowing -- but quickly evaporating -- water. The streaks, visible in dark brown near the image center, appear in the Martian spring and summer but fade in the winter months, only to reappear again the next summer. These are not the first markings on Mars that have been interpreted as showing the effects of running water, but they are the first to add the clue of a seasonal dependence. The above picture, taken in May, digitally combines several images from the the HiRISE instrument on the Mars Reconnaissance Orbiter (MRO). The image is color-enhanced and depicts a slope inside Newton crater in a mid-southern region of Mars. The streaks bolster evidence that water exists just below the Martian surface in several locations, and therefore fuels speculation that Mars might harbor some sort of water-dependent life. Future observations with robotic spacecraft orbiting Mars, such as MRO, Mars Express, and Mars Odyssey will continue to monitor the situation and possibly confirm -- or refute -- the exciting flowing water hypothesis.