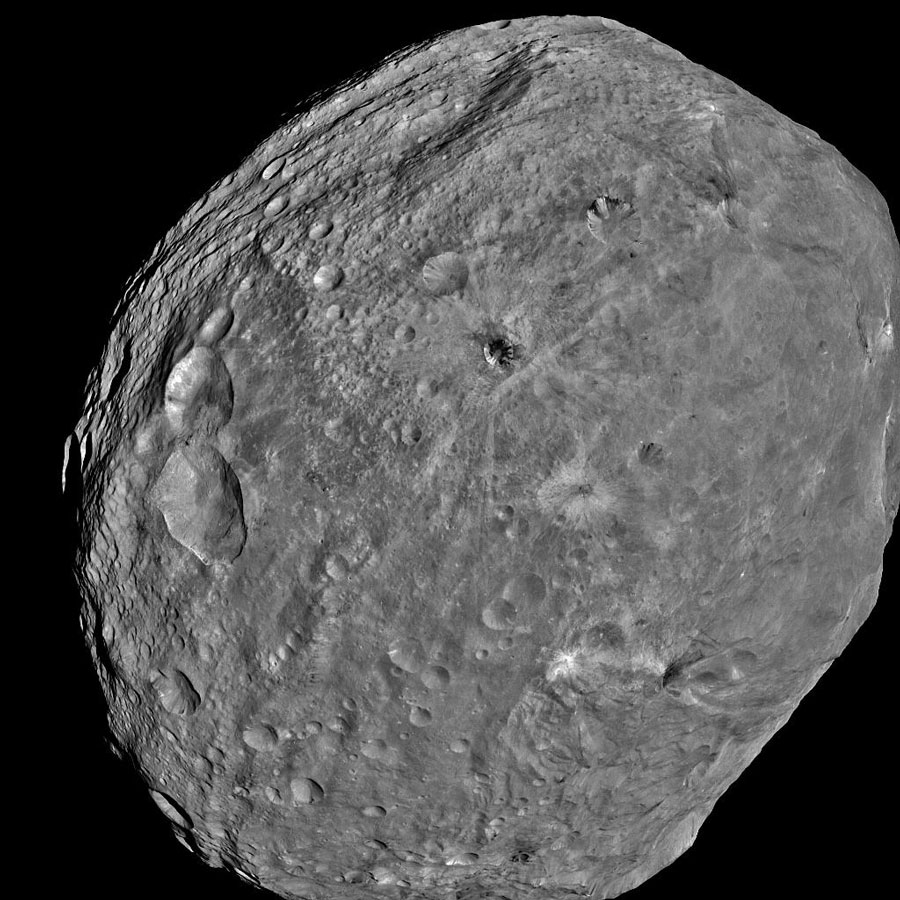 Explanation: Why is the northern half of asteroid Vesta more heavily cratered than the south? No one is yet sure. This unexpected mystery has come to light only in the past few weeks since the robotic Dawn mission became the first spacecraft to orbit the second largest object in the asteroid belt between Mars and Jupiter. The northern half of Vesta, seen on the upper left of the above image, appears to show some of the densest cratering in the Solar System, while the southern half is unexpectedly smooth. Also unknown is the origin of grooves that circle the asteroid nears its equator, particularly visible on this Vesta rotation movie, and the nature of dark streaks that delineate some of Vesta's craters, for example the crater just above the the image center. As Dawn spirals in toward Vesta over the coming months, some answers may emerge, as well as higher resolution and color images. Studying 500-km diameter Vesta is yielding clues about its history and the early years of our Solar System.