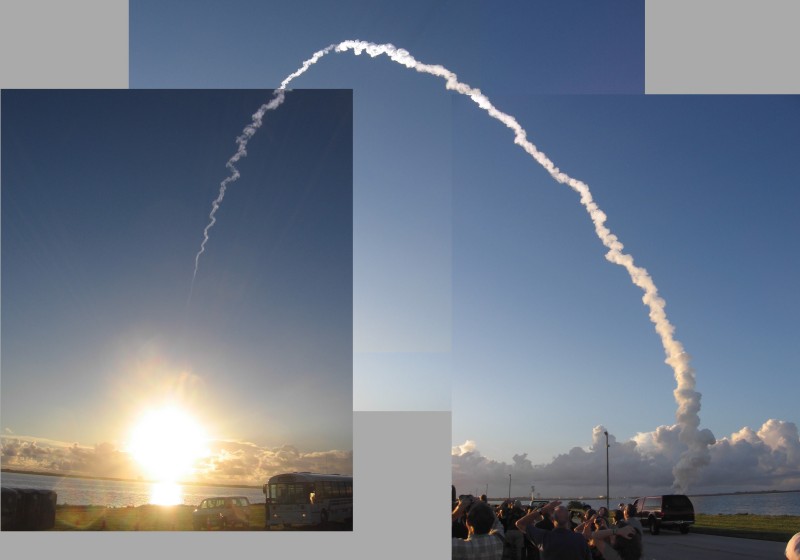 Explanation: Shortly after sunrise on Thursday at Cape Canaveral Air Force Station, the Dawn spacecraft began its journey to the asteroid belt, arcing eastward into a blue and cloudy sky. Dawn's voyage began on a conventional, chemically fueled Delta II rocket, but will continue with an innovative ion propulsion system. The spacecraft's extremely efficient ion engines will use electricity derived from solar power to ionize xenon atoms and generate a gentle but continuous thrust. After a four year interplanetary cruise, Dawn will orbit two small worlds, first Vesta and then Ceres. Vesta is one of the largest main belt asteroids, while nomenclature introduced by the International Astronomical Union in 2006 classifies nearly spherical Ceres as a dwarf planet.