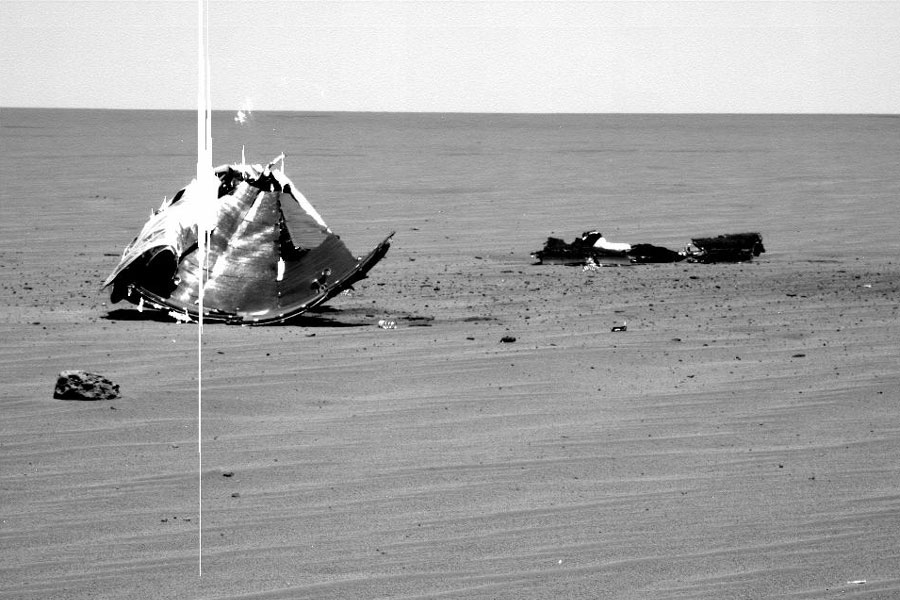 Explanation: What has the Opportunity rover found on Mars? While traversing a vast empty plain in 2005 in Meridiani Planum, one of Earth's rolling robots on Mars found a surprise when visiting the location of its own metallic heat shield discarded last year during descent. The surprise is the rock visible on the lower left, found to be made mostly of dense metals iron and nickel. The large cone-shaped object behind it -- and the flank piece on the right -- are parts of Opportunity's jettisoned heat shield. Smaller shield debris is also visible. Scientists do not think that the basketball-sized metal "Heat Shield Rock" originated on Mars, but rather is likely an ancient metallic meteorite. In hindsight, finding a meteorite in a vast empty dust plain on Mars might be considered similar to Earth meteorites found on the vast empty ice plains of Antarctica. The finding raises speculations about the general abundance of rocks on Mars that have fallen there from outer space.