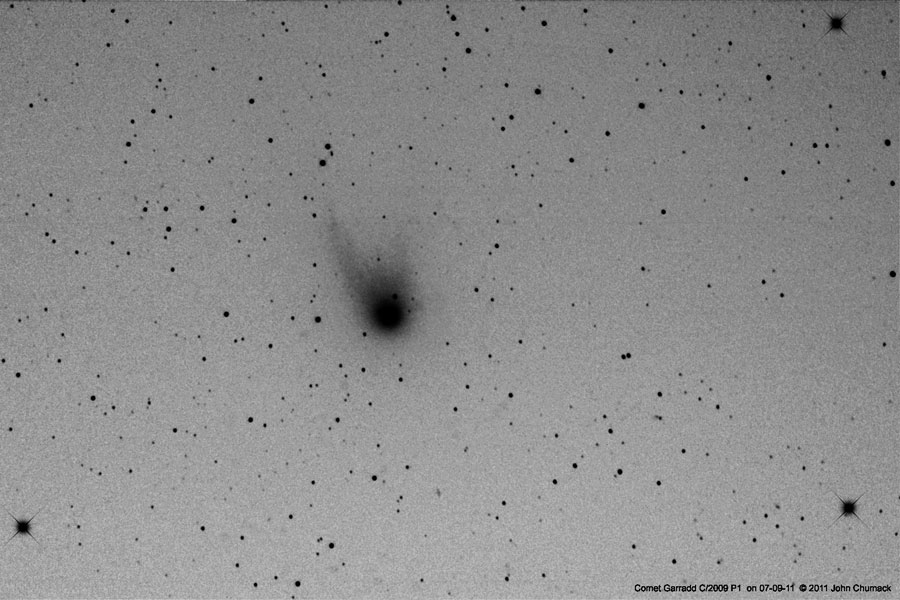 Explanation: Another large snowball is falling toward the Sun. Comet Garradd was discovered two years ago by Gordon Garradd in Australia, and is currently visible through a small telescope at visual magnitude nine. Officially designated C/2009 P1 (Garradd), the comet will likely continue to brighten, with recent projections placing it at peak magnitude six or seven in February 2012, just below naked eye visibility. Comet Garradd is already showing a short tail and is seen as the elongated fuzzy patch in the above negative image recorded earlier this month from Yellow Springs, Ohio, USA. Other comets are also currently falling into the inner Solar System and brightening as well, including C/2010 X1 (Elenin), expected to peak near magnitude six in early September, 45P/Honda-Mrkos-Pajdusakova expected to peak brighten past magnitude eight in mid-August, and C/2011 L4 (PANSTARRS) which may become visible to the unaided eye during the early months of 2013.