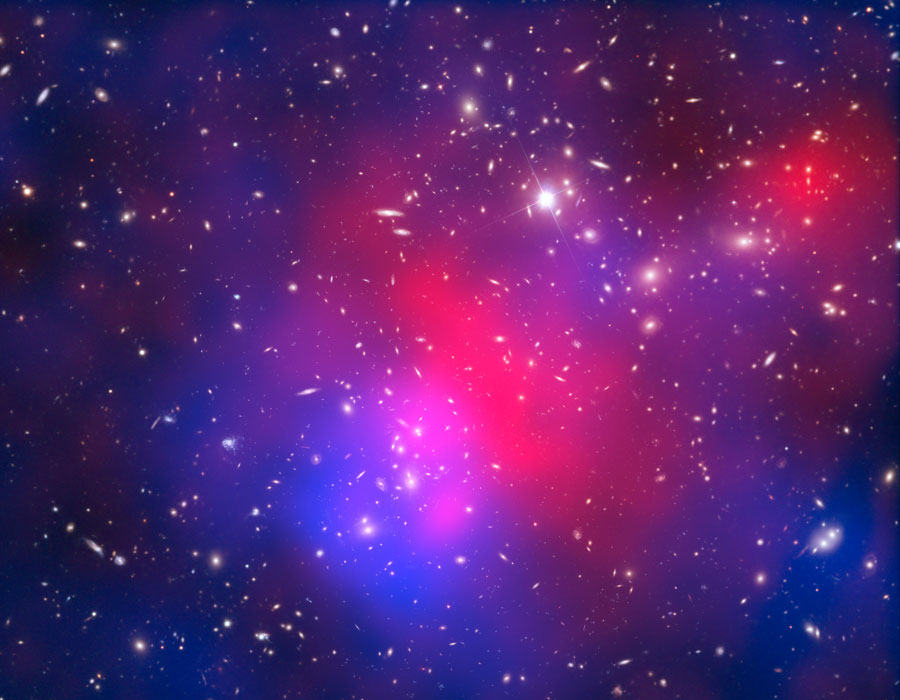 Explanation: Why is this cluster of galaxies so jumbled? Far from a smooth distribution, Abell 2744 not only has knots of galaxies, but the X-ray emitting hot gas (colored red) in the cluster appears distributed differently than the dark matter. The dark matter, taking up over 75 percent of the cluster mass and colored blue in the above image, was inferred by that needed to create the distortion of background galaxies by gravitational lensing. The jumble appears to result from the slow motion collision of at least four smaller galaxy clusters over the past few billion years. The above picture combines optical images from the Hubble Space Telescope and the Very Large Telescope with X-ray images from the Chandra X-Ray Observatory. Abell 2744, dubbed Pandora's cluster, spans over two million light years and can best be seen with a really large telescope toward the constellation of the Sculptor.