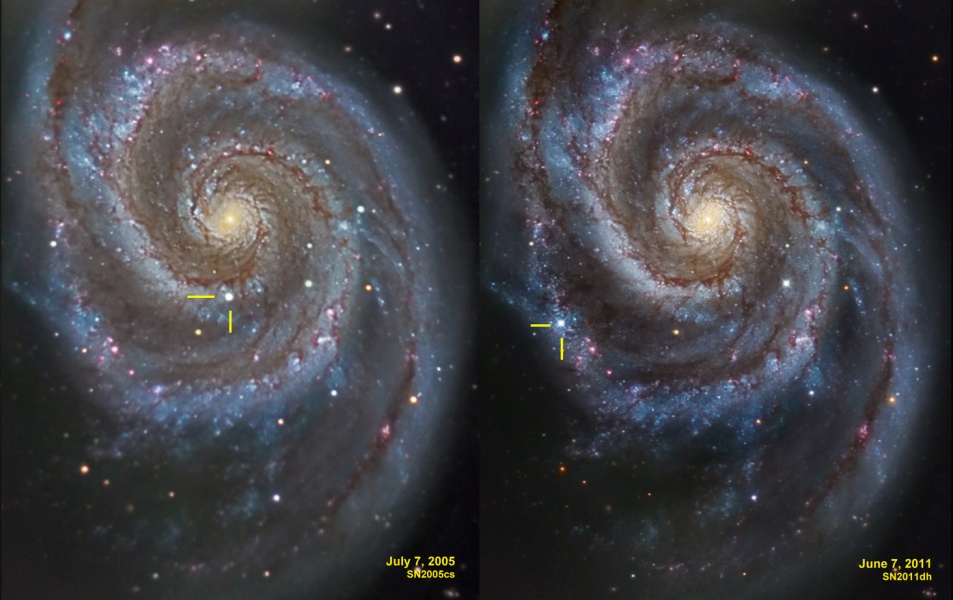 Explanation: Where do spiral galaxies keep their supernovae? Near their massive star forming regions, of course, and those regions tend to lie along sweeping blue spiral arms. Because massive stars are very short-lived, they don't have a chance to wander far from their birth place. Remarkably, in the last 6 years two Type II supernovae, representing the death explosions of massive stars, have been detected in nearby spiral M51. Along with a third supernova seen in 1994, that amounts to a supernova bonanza for a single galaxy. As demonstrated in these comparison images, SN2005cs, the supernova discovered in 2005, and more recently SN2011dh, the exceptionally bright supernova first recorded just last month, both lie along M51's grand spiral arms. Perhaps the original spiral nebula, M51 is also known as the Whirlpool Galaxy.