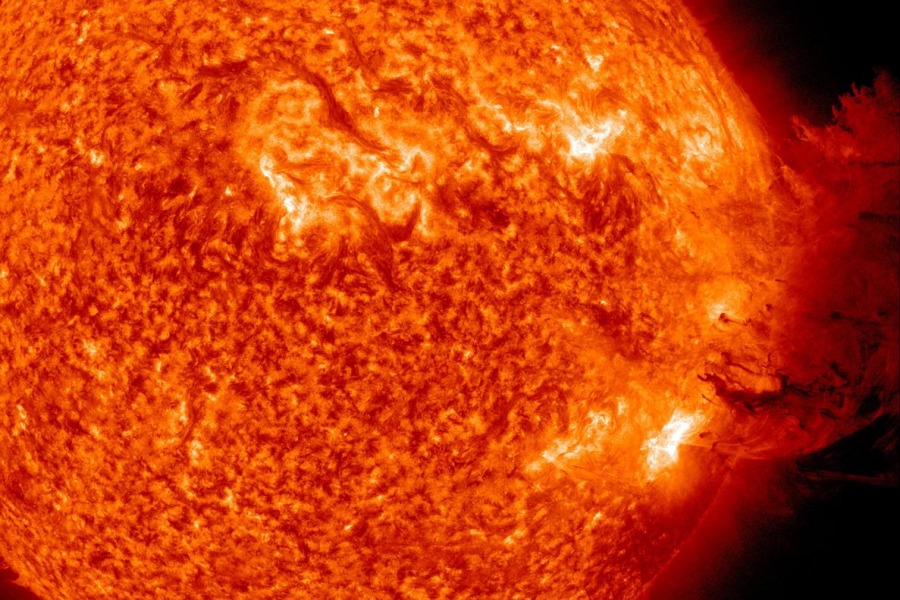 Explanation: On June 7, the Sun unleashed only a medium sized solar flare as rotation carried active regions of sunpots toward the solar limb. But that flare was followed by an astounding gush of magnetized plasma seen erupting at the Sun's edge in this extreme ultraviolet image from the Solar Dynamics Observatory. Spectacular movies of the event follow the darker, cooler plasma over a period of hours as it rains down across a broad area of the Sun's surface, arcing along otherwise invisible magnetic field lines. An associated coronal mass ejection, a massive cloud of high energy particles, was blasted in the general direction of the Earth and may have already triggered auroral activity after a glancing blow to Earth's magnetosphere.