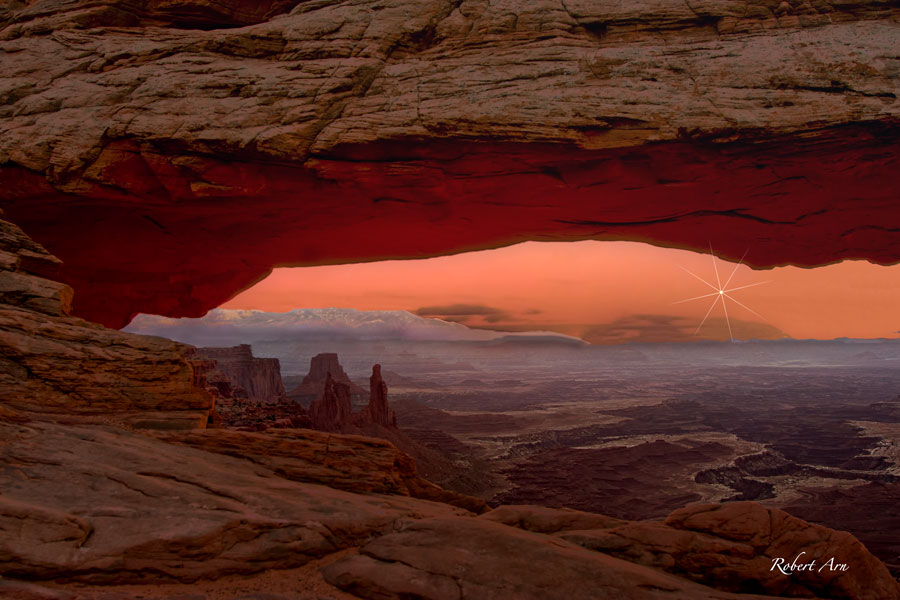 Explanation: What would a sunrise look like on another world? So far, humanity has only recorded sunrises on Mars and Earth, but it is fun to wonder what they would look like on planets known and yet unknown. Planets far from their parent star would record the rise of an unusually bright point of light rather than a round orb. Although this might appear to be what is pictured above, the careful combination of long exposures and creative lighting is actually based on Venus-rise from planet Earth a few weeks ago, captured through Mesa Arch in Canyonlands National Park, Utah, USA. Picturesque buttes and mesas dot the background landscape. The orange sky is created by air scattering and dust, but is likely reminiscent of dusty skyscapes on Mars. Sunrise was set to occur a few minutes hence, and did indeed involve a round orb.