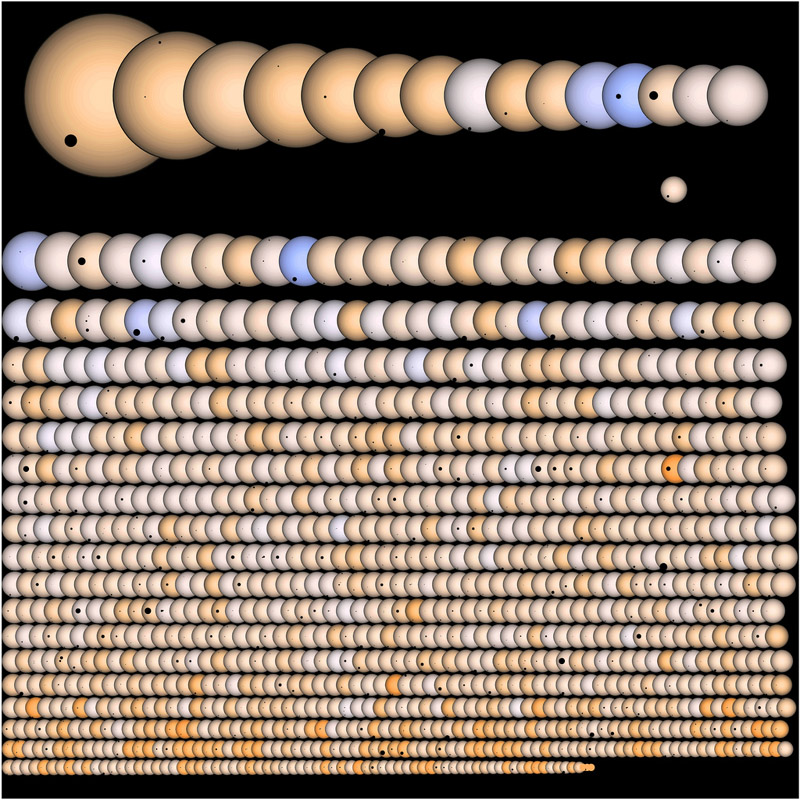 Explanation: Using the prolific planet hunting Kepler spacecraft, astronomers have discovered 1,235 candidate planets orbiting other suns since the Kepler mission's search for Earth-like worlds began in 2009. To find them, Kepler monitors a rich star field to identify planetary transits by the slight dimming of starlight caused by a planet crossing the face of its parent star. In this remarkable illustration, all of Kepler's planet candidates are shown in transit with their parent stars ordered by size from top left to bottom right. Simulated stellar disks and the silhouettes of transiting planets are all shown at the same relative scale, with saturated star colors. Of course, some stars show more than one planet in transit, but you may have to examine the picture at high resolution to spot them all. For reference, the Sun is shown at the same scale, by itself below the top row on the right. In silhouette against the Sun's disk, both Jupiter and Earth are in transit.