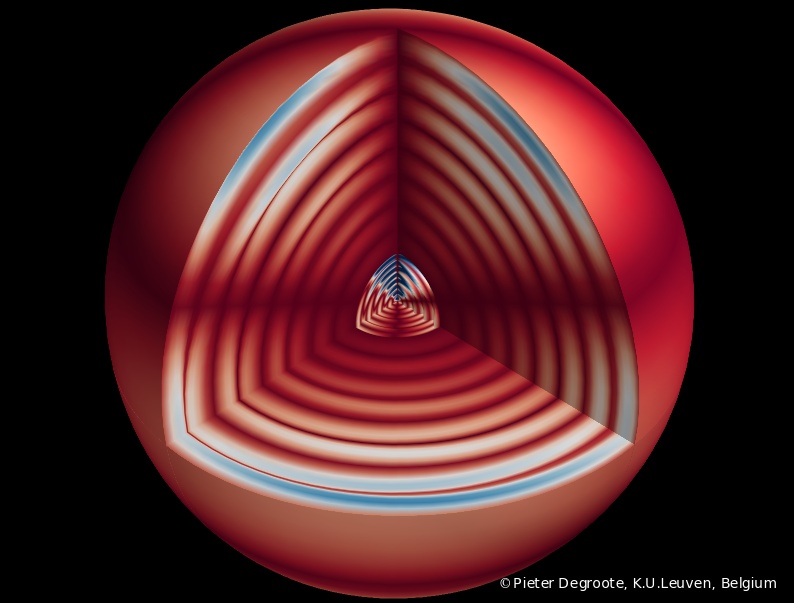 Explanation: A journey to the center of a red giant star is very firmly in the realm of science fiction. But the science of asteroseismology can explore the conditions there. The technique is to time the small variations in a star's brightness measured by the planet hunting Kepler spacecraft. Regular variations indicate stellar oscillations, analogous to sound waves, that compress and decompress the gas causing brightness changes. As recently discovered in red giant stars, some of the oscillations detected have periods that would cause them to penetrate to the stellar core. In that extreme environment they actually become more intense and can return to the surface. These echoes from the red giant's core are illustrated in this frame from a computer generated animation. Remarkably, the periods measured for the oscillations can even indicate how and where the red giant star's energy production, by hydrogen or helium fusion, is taking place.