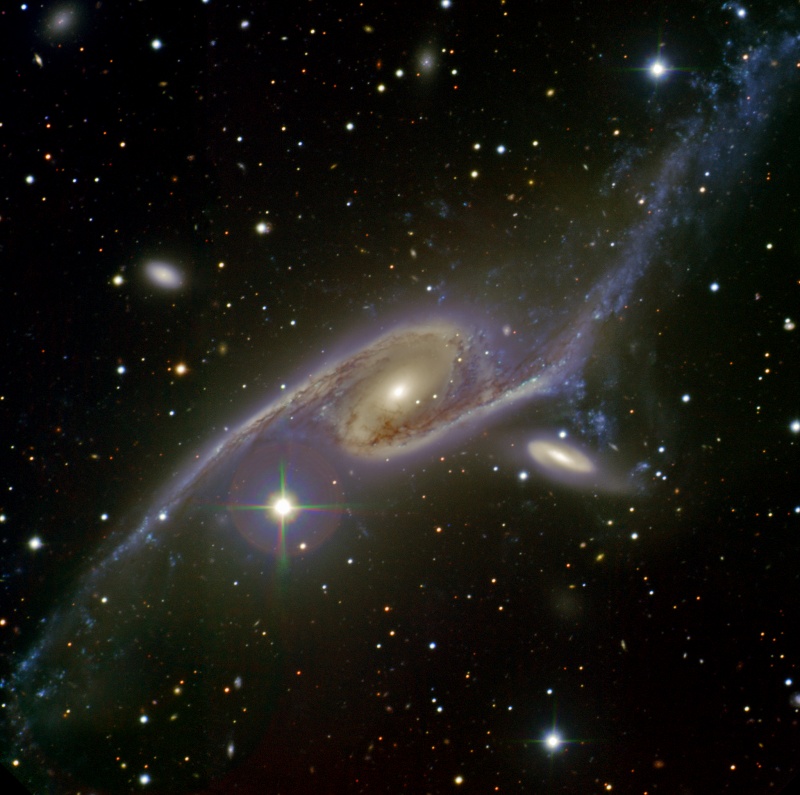 Explanation: Over 400,000 light years across NGC 6872 is an enormous spiral galaxy, at least 4 times the size of our own very large Milky Way. About 200 million light-years distant, toward the southern constellation Pavo, the Peacock, the remarkable galaxy's stretched out shape is due to its ongoing gravitational interaction, likely leading to an eventual merger, with the nearby smaller galaxy IC 4970. IC 4970 is seen just below and right of the giant galaxy's core in this cosmic color portrait from the 8 meter Gemini South telescope in Chile. The idea to image this titanic galaxy collision comes from a winning contest essay submitted last year to the Gemini Observatory by the Sydney Girls High School Astronomy Club. In addition to inspirational aspects and aesthetics, club members argued that a color image would be more than just a pretty picture. In their winning essay they noted that "If enough colour data is obtained in the image it may reveal easily accessible information about the different populations of stars, star formation, relative rate of star formation due to the interaction, and the extent of dust and gas present in these galaxies". (Editor's note: For Australian schools, 2011 contest information is here.)