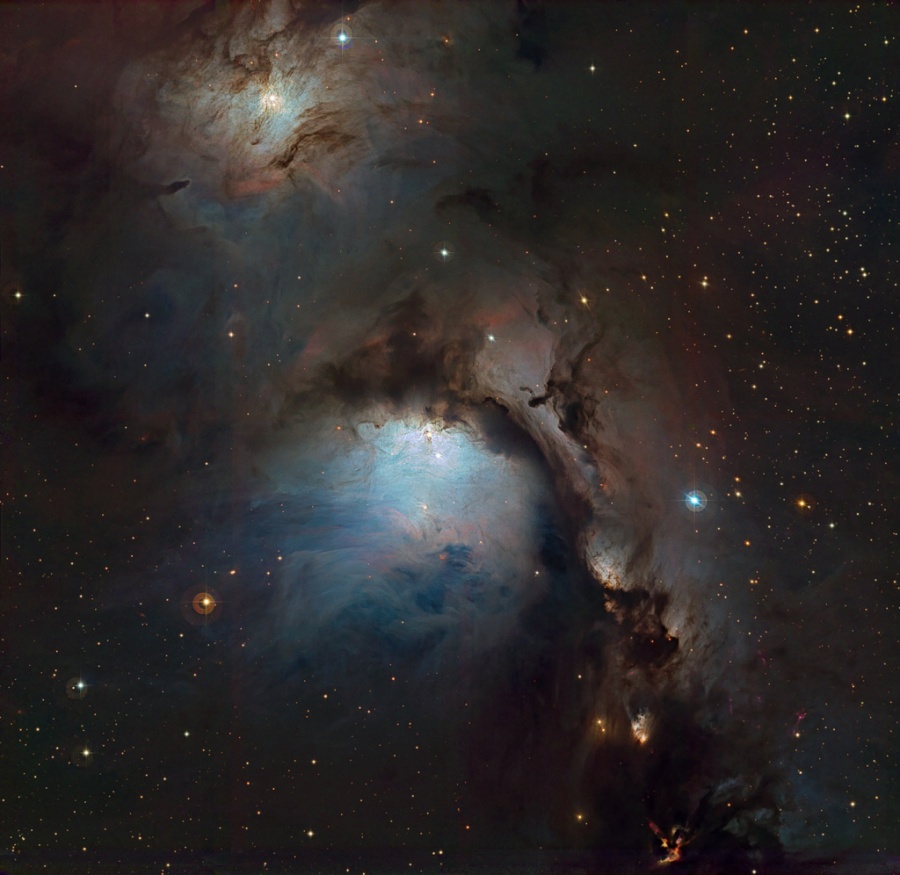 Explanation: M78 isn't really hiding in planet Earth's night sky. About 1,600 light-years away and nestled in the nebula rich constellation Orion, the large, bright, reflection nebula is well-known to telescopic skygazers. But this gorgeous image of M78 was selected as the winner of the Hidden Treasures 2010 astrophotography competition. Held by the European Southern Observatory (ESO), the competition challenged amateur astronomers to process data from ESO's astronomical archive in search of cosmic gems. The winning entry shows off amazing details within bluish M78 (center) embraced in dark, dusty clouds, along with a smaller reflection nebula in the region, NGC 2071 (top). Yellowish and even more compact, the recently discovered, variable McNeil's Nebula is prominent in the scene below and right of center. Based on data from ESO's WFI camera and 2.2 meter telescope at La Silla, Chile, this image spans just over 0.5 degrees on the sky. That corresponds to 15 light-years at the estimated distance of M78.