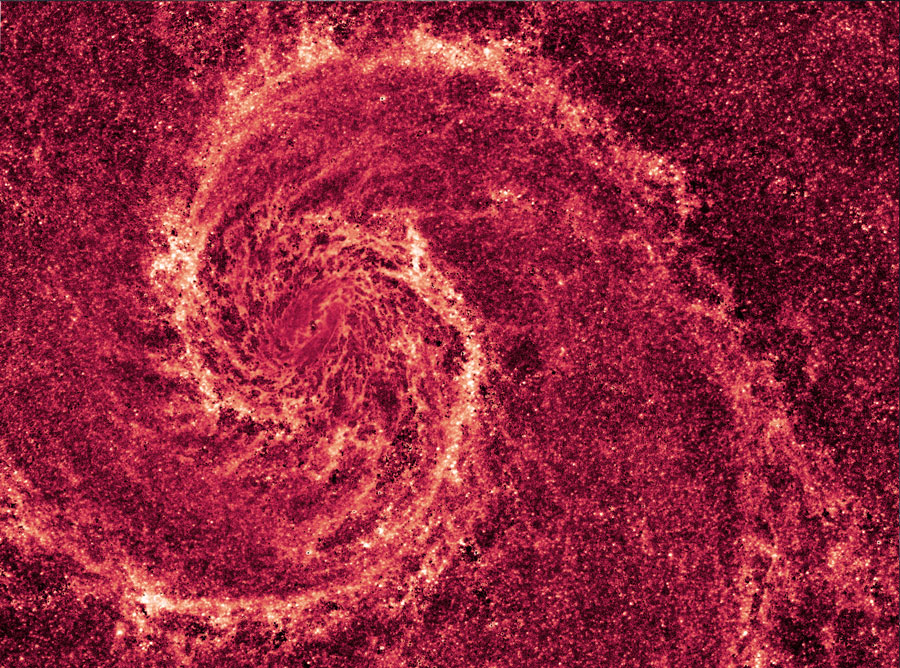 Explanation: How do spiral galaxies form stars? To help find out, the Hubble Space Telescope imaged the nearby photogenic spiral M51 in infrared light to highlight the dust that traces the dense gas that best forms stars. To further isolate the dust, much of the optical light from stars has also been digitally removed. The resulting unique image shows swirling and intricate patterns on the longest scales, while numerous bright clumps of previously hidden open star clusters appear on the smaller scales. To see the detailed optical light image for comparison, run your cursor over the above image. Anyone with a good pair of binoculars can see the Whirlpool toward the constellation of the Hunting Dogs (Canes Venatici). M51 lies about 30 million light years away, while the above imaged area spans about 15,000 light years from top to bottom. Astronomers speculate that M51's spiral structure is primarily due to its gravitational interaction with a neighboring smaller galaxy.