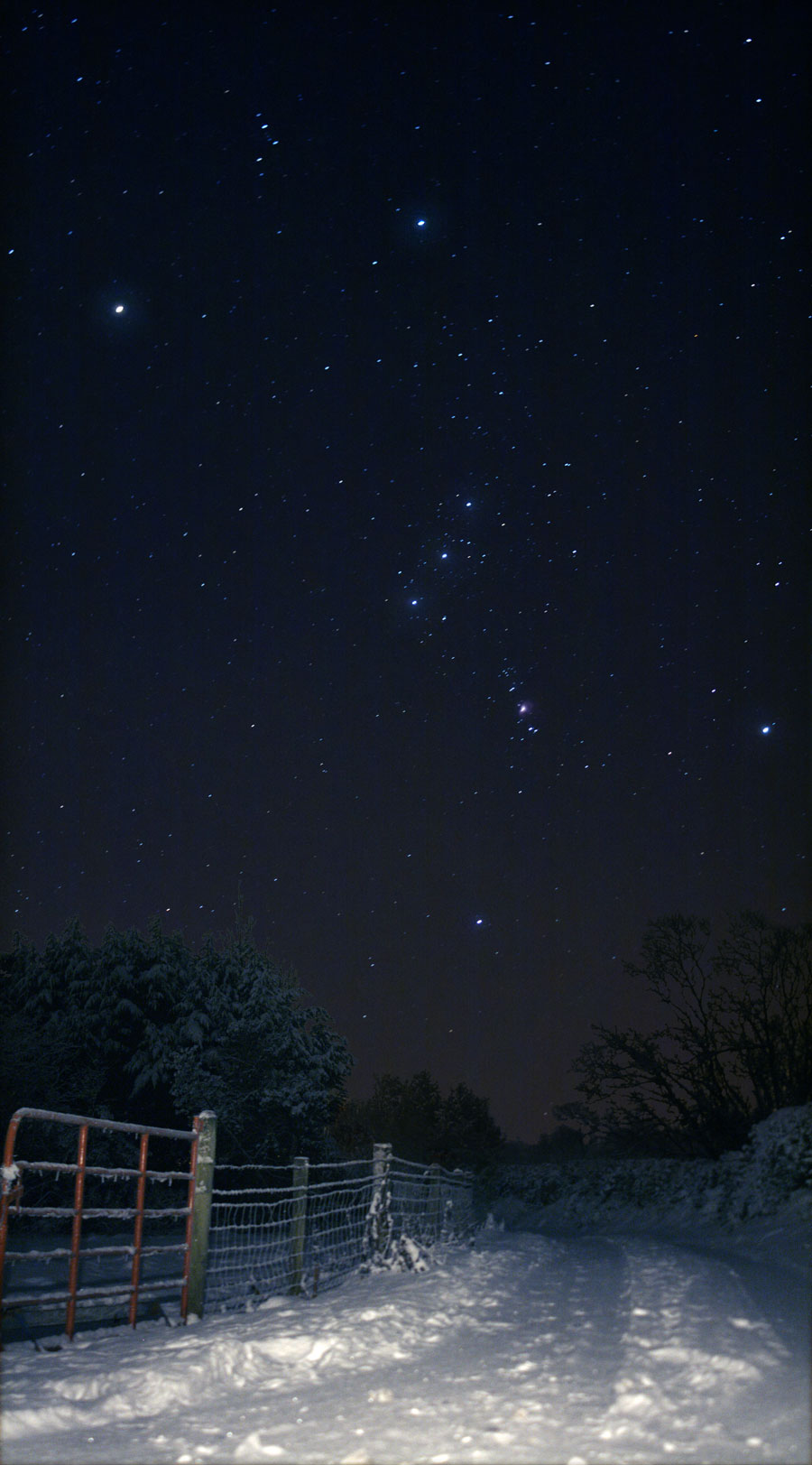 Explanation: Orion always comes up sideways ... and was caught in the act earlier this month by over a snowy landscape in Donegal, Ireland. To compose this serene picture, the photographer found a picturesque setting to the east, waited until after sunset, and then momentarily lit the foreground with a flashlight. The three bright stars in Orion's belt stand in a nearly vertical line above the snow covered road at the bottom. Hanging from his belt, the stars and nebulae of the Hunter's sword are visible lower and to the right. Yellow-orange Betelgeuse is the brightest star on the image left. As winter progresses in Earth's northern hemisphere, Orion will rise earlier and so appear continually higher in the sky at sunset.